Recently, I have been discovering a wide variety of female musicians who have been viral sensations, and I was so impressed with their skills and artistry that I knew I had to write a blog post about it. It’s always empowering for me to see female musicians, especially since so many of the ones I am featuring in this post are close to my age. Although I show no signs of personally having a successful singing career, it’s always nice to see other female succeeding in music and it’s something that I will forever be passionate about.

Below are five female musicians that I see shaping the future of pop music for years to come. I hope you enjoy this read and I hope I get you inspired to check them out on your own! 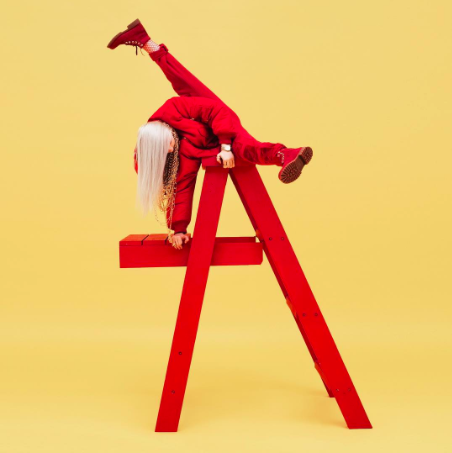 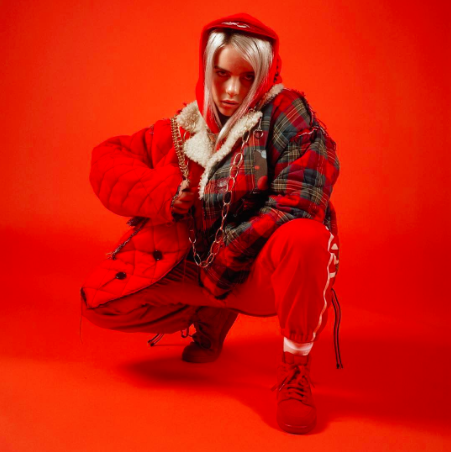 Some children are born to be successful, and that’s definitely the case for  Billie Eilish – born as Bille Eilish Pirate Baird O’Connell – in 2001. Yes, you read that right – Billie Eilish is only 15-years-old, and was signed to Interscope records in 2016. Growing up in a musical family in Los Angeles, California, Eilish released her debut single, “Ocean Eyes,” last year – at just 14-years-old – boasts 15 million plus streams on Spotify, along with remixes of the song that have over 30 million streams combined.

Eilish has continued to produce and write music with her brother, Finneas O’Connell, who Eilish refers to as “my partner in crime.” Her indie pop music style paired with a mature sounding voice gives her the mystique of Lana Del Rey but the authenticity of Aurora.

Vogue called her “Pop’s Next It Girl,” and that’s no easy feat to live up to. But with three new songs recently released on the EP “don’t smile at me,” it’s safe to say that Eilish’s career is on the way up. 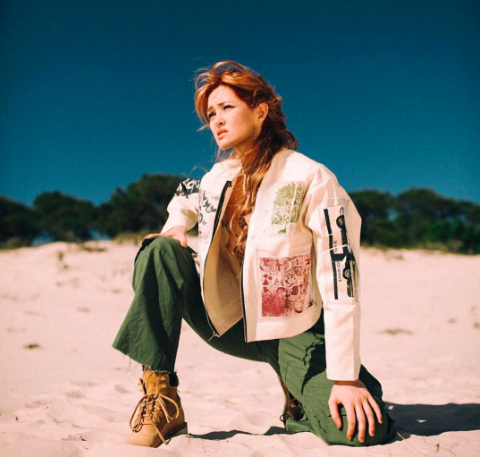 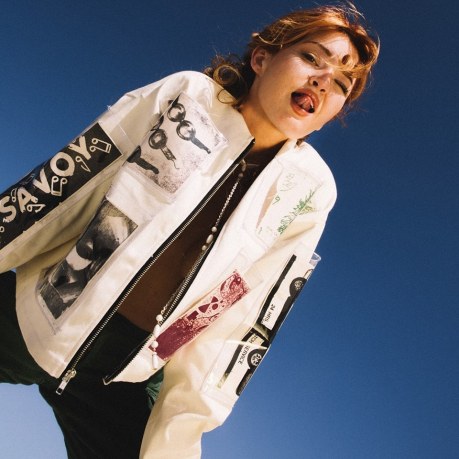 I recently stumbled across Elley Duhé on Spotify on a Discover Weekly playlist and was unbelievably blown away by her voice! After some exploring, I found that her debut single, “Immortal,” was released in December of 2016. While discussing the song in this Billboard piece, Duhé spoke about the song’s meaning:

“‘Immortal'” isn’t about living forever in a literal sense, it’s about never dying mentally, and about human resiliency, loyalty, pushing through life’s darkest moments and emerging with even more strength than you had before. It’s about knowing your value even if you’re at rock bottom, and, most importantly, it’s about the people who truly fight with you, for you, and beside you when everyone else is nowhere to be found.”

Her newest single, “Fly,” reminds me a lot of Sia and I think that Elle, a 24-year-old independent artist from Alabama, has a lot she’s ready to prove. 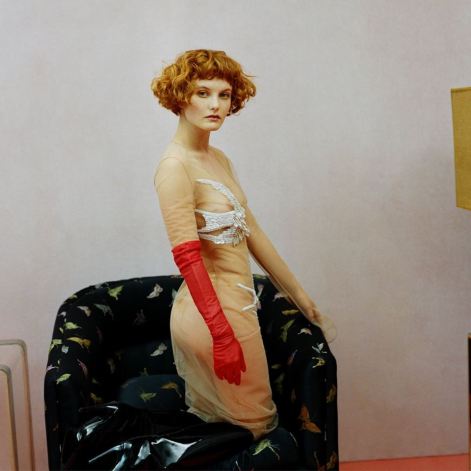 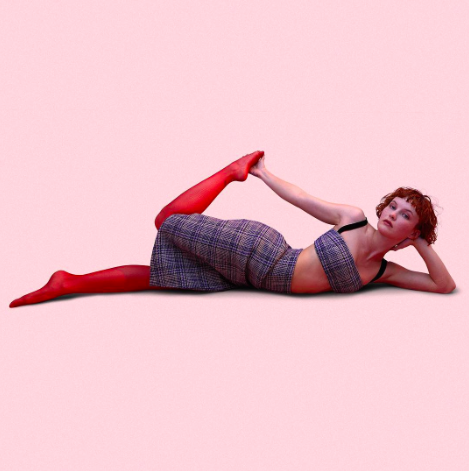 If you haven’t heard of Kacy Hill yet, she’ll soon be a household name. After performing on Kanye West’s Yeezus Tour as a backup dancer and previously working as a model for American Apparel, West signed her to his record label, GOOD Music, in 2014.

Kacy Hill’s debut album – Like a Woman, has been getting mixed reviews – a harsh one from Pitchfork, saying it refused to “set herself apart from the pack” and that “her voice rarely ventures beyond a drama-club lilt.” Alternatively, Rolling Stone Australia gave the album a four star review, calling it “A sublime, brooding pop record in which Hill’s almost operatic vocals are a captivating presence.” I have to agree with Rolling Stone and that I find her dreamlike voice to be quite intriguing.

While it’s up to you to listen to the album and decide for yourself, I would argue that Hill has created a character through her career choices as a performer, dancer and model – and it doesn’t help that she has the confidence of one of the biggest superstars in the world (West) backing her up.

In a world where a variety of female pop musicians are successfully creating music, Kacy Hill is a nice addition.

Kacy Hill currently doesn’t have any tour dates, but you can keep up to date here. 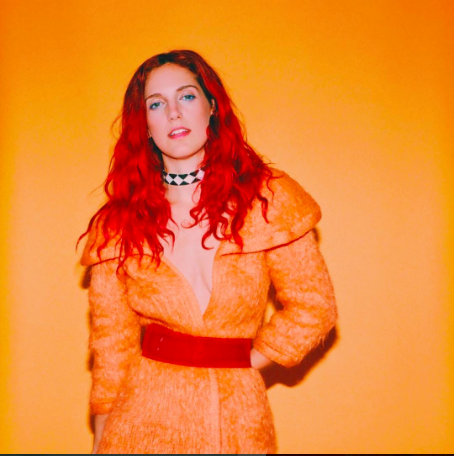 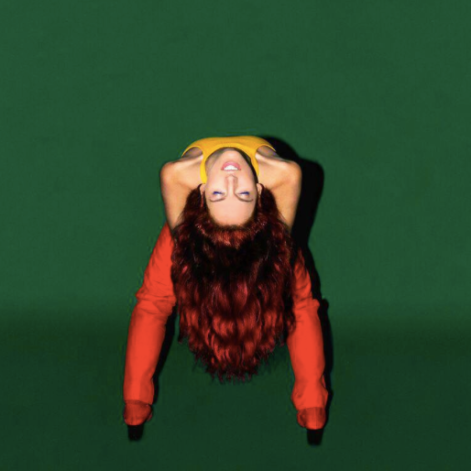 Once again, I have Spotify Discover Weekly to thank for my discovery of this artist. LPX (also known as Lizzy Plapinger, aka half of the indie pop duo MS MR), has recently stepped into the spotlight as a solo artist. On top of her successful career as a musician, Plapinger also founded Neon Gold Records, a boutique record label under Atlantic Records and has helped kickstart the careers of musicians like Charli XCX and Matt Maeson.

In a recent press release, Plapinger explained her vision:

“I’m here to assert myself—harder, louder, and stronger—as a woman and an artist. A force to be reckoned with, wrapped in amplified distortion, emotion and chaos. To create music that RIPS through your speakers and shakes you to your core, the kind of music that gets into your blood, takes hold and doesn’t let go.”

With only two singles released so far, it’ll be cool for Plapinger to step away from her role in MS MR and take on a new persona with a different style of music. 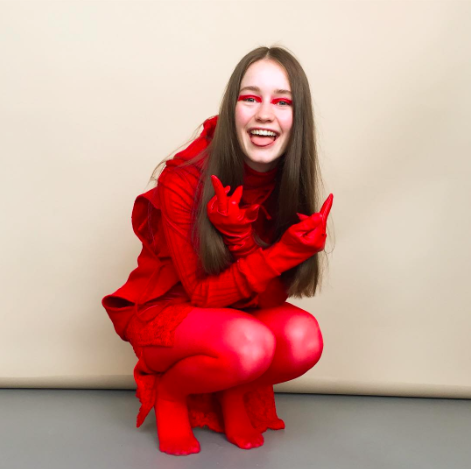 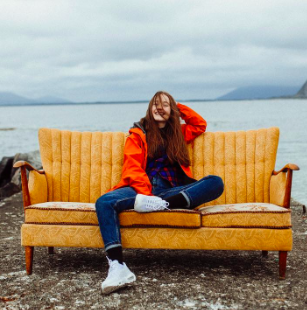 As if we haven’t already been hearing a lot about female musicians from Norway breaking into the music scene (i.e. Astrid S. and Dagny, just to name a couple), 2017 has brought us Sigrid – born Sigrid Solbakk Raabe. Only 20-years-old, Sigrid had her breakthrough moment at just 17 (as if she wasn’t already young enough) and was signed to Petroleum Records in 2013 after the release of her first single, “Sun.”

In 2016, Sigrid signed to Island Records, a British label under Universal Music Group, home to artists like Bombay Bicycle Club, Catfish and The Bottlemen and Drake.

“Don’t Kill My Vibe” was released under Atlantic in 2017 – finding success on the charts in Norway, Australia, Scotland and the UK. It’s been streaming well on Spotify with nearly 19.5 million streams.

Being labeled as “the new Lorde,” it’s safe to say that Sigrid has some large shoes to fill with her empowered synth pop and relatable teenage girl wisdom that relates with so many fans of the genre. It only makes sense that she hasn’t struggled connecting with fans of pop music, considering she is the same age as many of them.

Sigrid only has shows in Europe coming up, but you can view the dates here.

To see other posts I have written spotlighting female musicians, check out the following links:

Anyone else that I should add to this list?

3 comments on “Add These Female Musicians to Your Playlist Now”