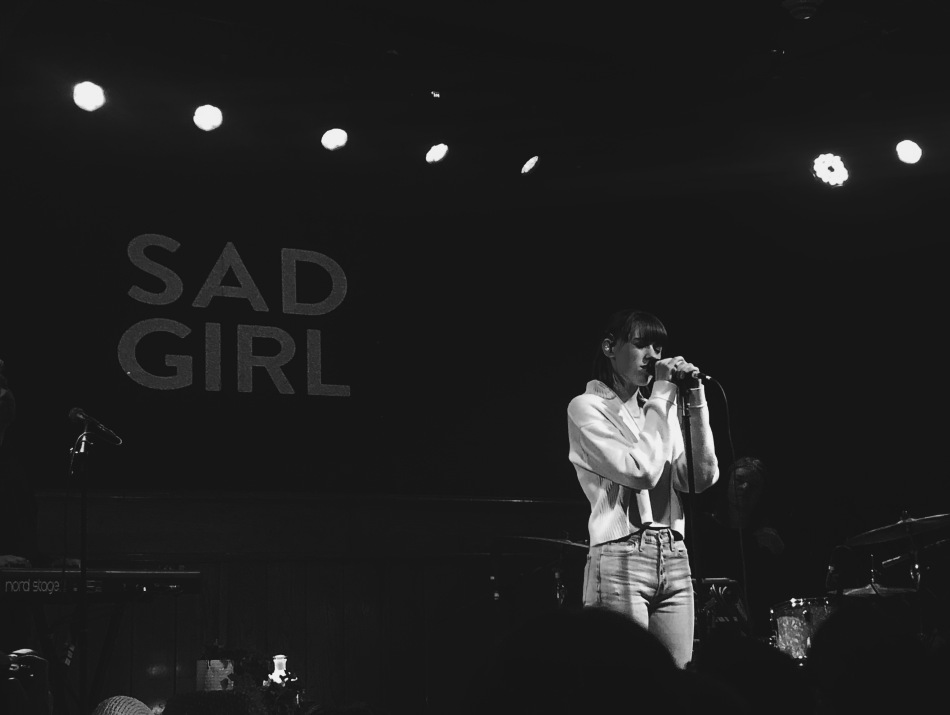 The first time I heard the song “Royals,” I was sitting shotgun in my older sister’s Jeep with my window down, just a couple blocks away from my home. It started playing on the radio (unfortunately the specific station has escaped me at this point) and my sister and I were completely intrigued by the song. “Royals” was released in June of 2013, just a month or so after I graduated high school and leading into my last summer before I started college. The song was unlike anything else I had ever heard and it came at such a turning point in my 18-year-old life.

Lorde created a new lane for musicians to release and deliver catchy pop music that was also sort of…sad and difficult to comprehend. Lorde was one of the first young women (that I can think of) that helped impact the way we listen to and consume pop music and has arguably influenced the successful careers of “alt-pop” stars like Halsey, Alessia Cara and Billie Eilish and moving their sound to the mainstream.

The first time I heard “Ready Yet” by Sasha Sloan, it had come up on a playlist on Spotify, probably the New Music Friday playlist. The song was released in October of 2017, another time in my life that is especially significant. It was just about eight weeks after I had moved back home and was having a mild existential crisis about transitioning into adulthood after graduating college and starting to work full time. – It also happened to be nearly one year after the most tumultuous presidential election I had experienced in my lifetime. My friends, family and former classmates had expressed not only a level of anxiety that was heightened after the election results, but a panicked feeling of constantly needing to absorb the news and analyze the state of our country. All of that sounds incredibly stressful, right?

According to a study done by the American Psychological Association in 2018, Generation Z members (ages 4 to 24), are overall more stressed about issues in the news (57%) vs. 45% of all adults. Gen Z members are significantly more likely to report their mental health as fair or poor (27%) compared to Gen Y (also known as “millennials,” ages 25-39, 13%).

Gen Z and Gen Y are 37% and 35% more likely to report that they have received treatment from therapy or a mental health professional compared to 26% of Gen X, 22% of baby boomers and 15% of older adults.

TLDR: The young kids are really f****** stressed. This sentiment has been excessively echoed in pop culture over the past few years – and Sasha Sloan knows it all too well. Just turning 24 earlier this year, Sloan is a self-identified “sad girl” herself – and her rise to internet & streaming fame should be studied under a microscope for years to come.

Sloan grew up in South Boston and taught herself how to play piano at a young age and continued to her explore her passion for music throughout her childhood and teen years.  After spending some time at Berklee College of Music studying music business, Sloan moved to Los Angeles at 19-years-old to pursue a music career. Sloan found some success as a songwriter (she co-wrote songs like Camila Cabello’s “Never Be The Same,” two tracks by LANY and “Messy” by Kiiara), and her vocals were featured on songs with DJS like Kygo, Odesza, and Kaskade. Sloan’s confidence grew and she ultimately signed with RCA Records (Bleachers, Cage The Elephant, H.E.R – just a few).

To this day – Sasha’s first single, “Ready Yet,” has nearly 23 million streams on Spotify. Since the release of her first single, Sloan has released two EPs, toured with bands like Joywave and Eden, opened for performers like Halsey and CHVRCHES, played at Lollapalooza 2018 and finally embarked on her first North American headlining tour in March of this year.

If you haven’t already caught on, Sasha is a #SadGirl. Her Facebook, Twitter and Instagram handle is @sadgirlsloan. Almost all of her solo work is inherently sad. She has **one** released love song titled “Chasing Parties.”

For someone who has such sad music, her fans are incredibly enthusiastic. Just last week, I attended Sloan’s first headlining performance in Chicago at a sold out Schubas Tavern. After a 30 minute set from opening performer Lauren Aquilina (her standout 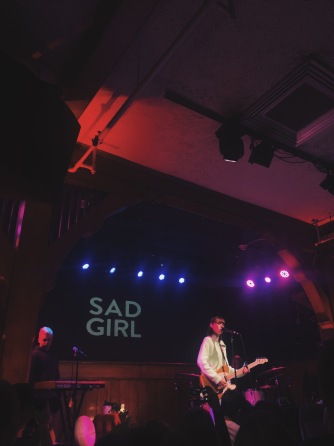 tracks are “Pyscho” and “If Looks Could Kill,”) she riled up the crowd (predominately under 18-years-old) if they were excited for Sloan’s performance. “Are you all ready to get sad?”

They indeed were. As Sloan headed up to the stage from the side entrance into the venue (165 capacity), the cheers erupted as if we were all about to sing along to songs about rainbows and sunshine (we were not). The first song of the night was “The Only,” a song about questioning feelings of loneliness that you’re not the only person who feels isolated and depressed. You can see how easily teenagers can relate to this subject matter – as they are feeling isolated – and they are depressed.
Highlights from the top half of Sasha’s set included her song “Ready Yet” and “Faking It:” two of her songs that primarily showcase her songwriting ability. Although “Ready Yet” was in fact the first song I’ve heard by Sasha, hearing it live gave it a life of its own. The style of the song stands out for its opening notes that I would assume are played on a harp that hearing in a live setting reminded me a lot of “Rather Be” by Jess Glynne and the chorus particularly reminded me of Halsey, circa Badlands. It was cool to hear these similarities that I hadn’t heard before seeing her live.

Sloan balanced between quiet but thoughtful commentary with her audience members and awkward inhales of a juul pen hidden in her back jean pocket, garnering squeals of admiration from the front row every time she exhaled a cloud of smoke.

Sharing meanings behind songs (“Everyone’s getting married and having babies and I’m just watching shark tank and getting high” and “You guys want to hear a song about how fucked up my parents are?”) Sloan had no issue being #relatable with her fans. The most emotional moments of the evening came back to back with her performances of “Older” – a song about watching her parents fall out of love – and “Version Of Me” – a track about wanting to be loved in unlovable moments.

Her ability to translate real life moments that bring difficulty and sadness of all of us into songs that her fans can universally relate to is what sets her apart. Sloan, although a great singer, songwriter and performer, is ultimately another one of us. She deals with the fear of being alone, falling in and out of love and truly what it feels like to be a 20-something in America in 2019. If that’s what makes her a #SadGirl, we’re truly all miserable.

Click here to read all of my show reviews.

3 comments on “Show Review: Sasha Sloan Captivates Effortlessly In An Era of Distraction”