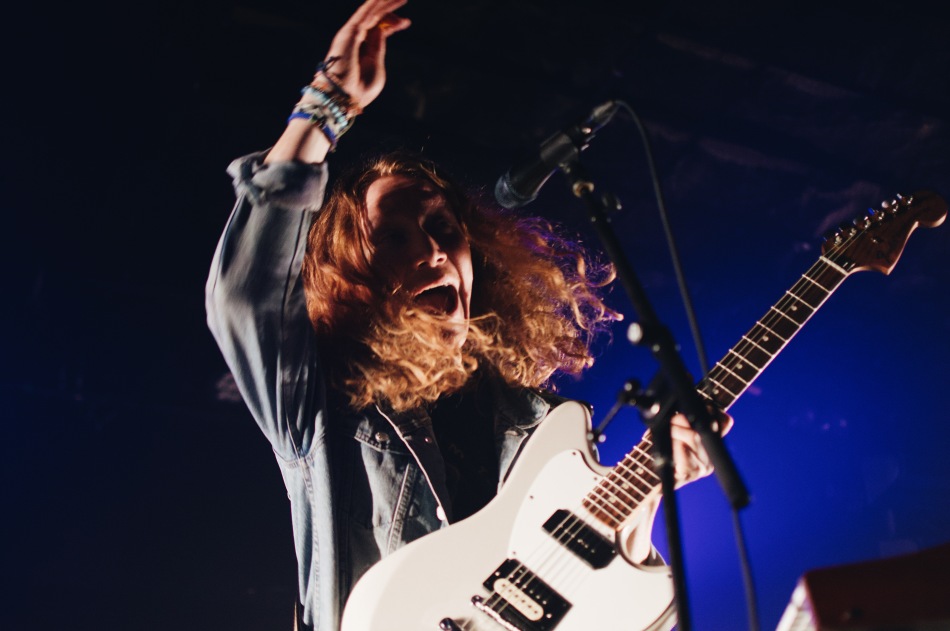 When I was in high school, I was somewhat interested in music, but nothing really fell into place for it to become what I’m most passionate about until I got to college. I was a major fan of Taylor Swift (of course) and artists like All Time Low and The Maine when I was a teenager, but I was never really one to broaden my horizons on other sounds, partially because I didn’t have the tools to explore new genres and artists compared to what I have now.

For example, Spotify launched in 2008 (I was 14) but I don’t remember it being something that was super accessible to the modern teenager until I was maybe 17. Thanks to the ease of being able to search for music, it really fueled my desire to start seeking for new sounds. Even more so when I got to college!

One of the artists that I became quite enthralled with while I was in college was Halsey—although I’m not quite a fan of her current music, I was obsessed with Badlands and bought tickets to see her perform at The Vic theater in 2015. Her performance was pretty much everything I expected, but I that night is of remembrance in particular because it’s when I became a fan of the opening act, flor.

flor is an indie pop band born in Oregon and based in Los Angeles who have continued to craft their sound as one unique to their competitors. McKinley Kitts, Zach Grace, Dylan Williams and Kyle Hill started flor when Zach (lead vocals) started experimenting with electronic music. His friend and now bandmate, Dylan, started to create tracks around the sounds. The band decided to move to Los Angeles to pursue music while Dylan simultaneously started working on production for artists like Halsey (aha!) and Lostboycrow. flor’s debut single “Heart,” was released online in 2014 and their first full-length album, Sights & Sounds was released the following year. While on tour with Halsey, flor found out their Soundcloud page had accumulated one million plays.

In 2016, flor signed with Fueled By Ramen and their label debut, come out. you’re hiding, came out in 2017. It was included in my favorite albums of 2017—check it out here!

The band’s success continued growing after tours with Coin, Colony House and Hayley Kiyoko. They also played a handful of music festivals, including Lollapalooza in 2018. Earlier this year, they toured with Andrew McMahon In The Wilderness the online music publication Ones To Watch announced a “Ones To Watch Presents” tour featuring flor, Joan and Lostboycrow. flor’s most recent album, ley lines, was released on September 6, 2019. 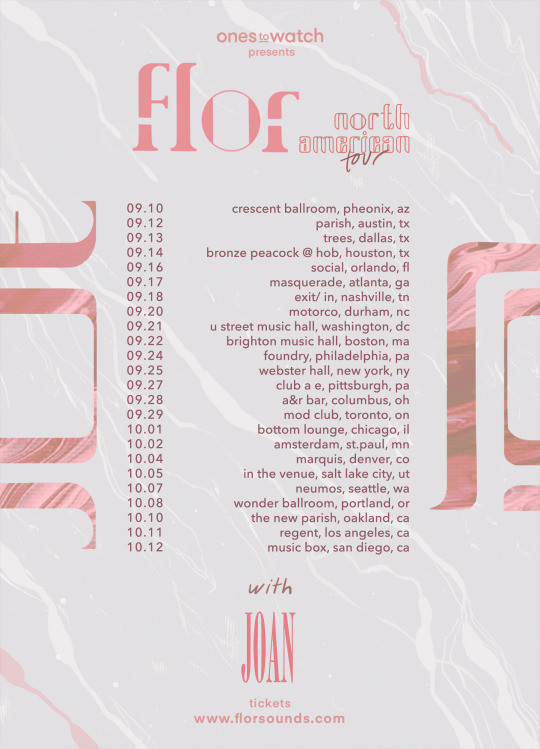 Like I mentioned prior, I initially became a fan of flor after seeing them on tour with Halsey, and later at their Lollapalooza performance in 2017. Both great moments for the band, but nothing really compares to seeing a band perform for their select fans at on their own headlining tour. I’m certain that the band left The Vic Theater years ago with new fans like myself, but it’s not the same thing. A festival performance is guaranteed to draw stragglers in that have nothing better to do. You get my point. You could instantly feel the energy as being more refined and overall different this past Tuesday at The Bottom Lounge compared to previous performances.

flor opened their set with “slow motion,” which is definitely one of the strongest tracks on the new album. Next up was “heart,” one of my favorites off of come out. you’re hiding. flor’s handful of singles for their most recent albums were some of my favorites off the album completely, and I was super happy to hear the singles “ley lines,” and “dancing around” in particular. I would have really enjoyed to hear the track “underpass,” from the new album, but you can’t have everything! Something that was super interesting to me that I noticed is that I couldn’t pick up on which tracks were getting louder screams over the others, which is something that 9 times out of 10 is very easy to interpret. Seems as though the band has some super dedicated fans! 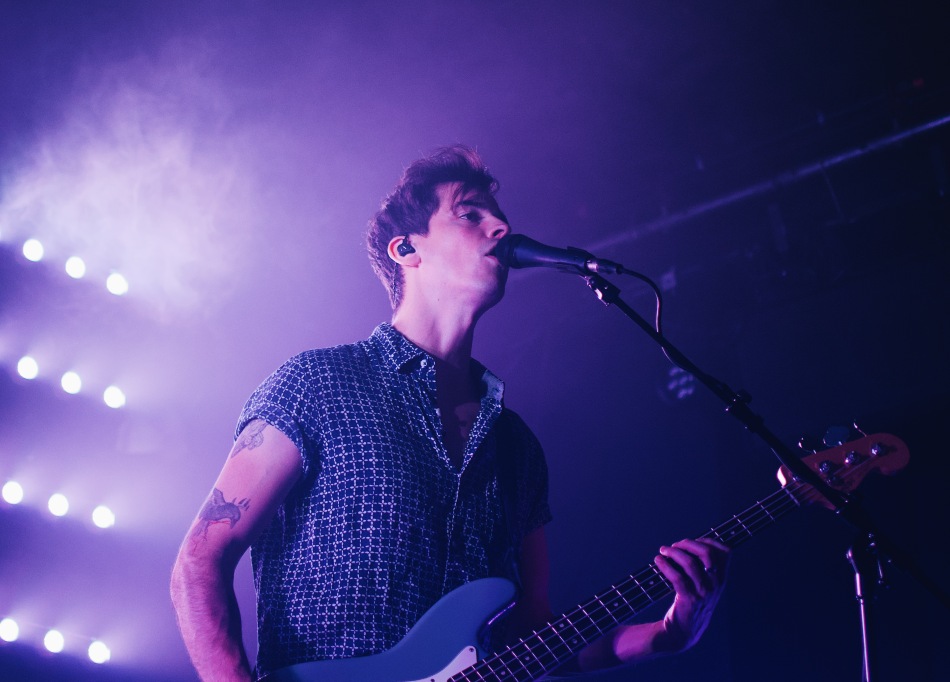 The overall energy was refreshing and felt exciting right off the bat and I was impressed with the band’s ability to hold the crowd’s attention when it seems like it’s increasingly hard to do so nowadays. I can admit myself that I tend to get distracted or bored during performances if the mood is low or too many slow songs are performed in a row, etc. I think flor nailed keeping the dynamic of the show balanced between plenty of bops and room for the slower tracks. Since their music overall is more dancey, ethereal and dream-like compared to a lot of music I normally listen to, I noticed that the vibe of the audience is different than one I tend to experience, which I thought was an important insight. A lot of the shows I’ve been attending recently have had incredibly rowdy crowds, who scream useless phrases at the performer, request songs, hold up signs—behavior that tends to, quite frankly, annoy me, were absent in flor’s presence.

Processed with VSCO with a6 preset

Processed with VSCO with a6 preset

Being a fan of of a band for years at a time is a really unique privilege for a music fan. While I’ve said this once before and it’s inevitable I will say it again, I love being able to say I’ve been a fan of an artist since the beginning, despite that being a super annoying thing to say. Being apart of a band’s progression is one of my favorite things about music. It seems as though that this idea of growth is important for the band as well, and you can hear it in their music and see it in their performance that they have continued to work on mastering who they are as a band how to craft their sound.

All photos by Nic Kosirog-Jones shot for Chicago Haze.