It’s a tricky thing to describe a record as “effortless.” It’s a word that might diminish the grueling creative labor needed to craft a great album and might even imply that an artist’s talent is so great they simply don’t need a work ethic. In HAIM’s case, it’s obvious that their third record Women in Music Pt. III is the product of years of musical evolution, intentional collaboration, and creative reflection.

The miracle of it, though, is that it sounds as effortless as a spontaneous hour-long jam session between sisters. Women in Music Pt. III is instantly timeless. It sounds warmly familiar, but breezes past any reference to contemporary peers, cruising solo on its own exhilarating highway. Danielle, Este, and Alana play through this record like they have absolutely nothing to prove, but the music is more than enough to make their point.

The record is imbued with the laid-back sunniness of southern California; the stellar opening track “Los Angeles” makes it obvious from the first moment. It’s trite to say Los Angeles is the best place to be happy, so HAIM sings about how it’s the best place to feel aimless. “On these days, these days, I can’t win/These days, I can’t see no visions/I’m breaking, losing faith,” they sing in the chorus, punctuated by summery horns and lilting drums. 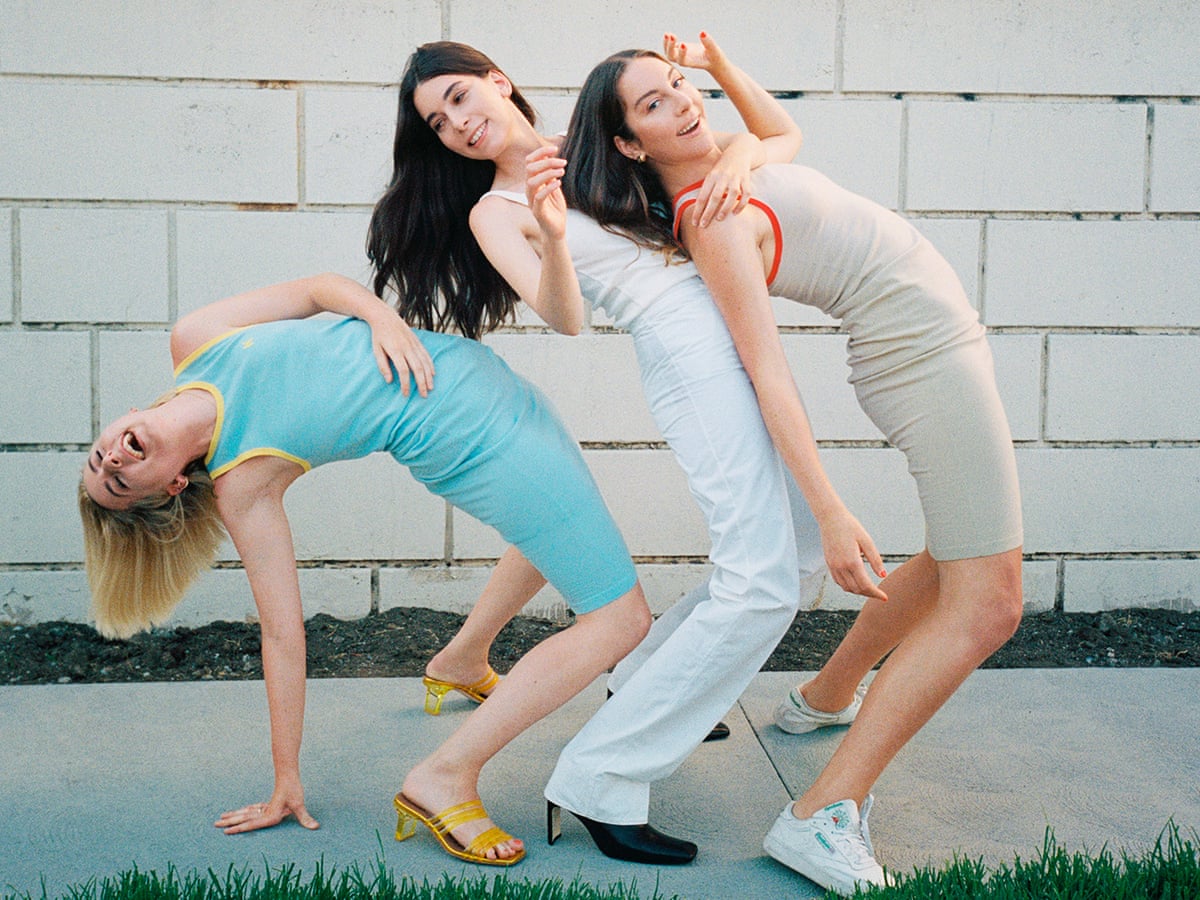 It’s far from the last time the band ruminates on depression to a breezy instrumental. “Up from a Dream” packs an instrumental punch with its pulsing bassline and wailing guitar solo, but its lyrics breathe life into the ethos of the album. “Something you see wakes you up from the dream/Wanna go back to sleep but now you’re up from the dream/Walk into the kitchen, pull the dishes from the sink/And you have changed in the blink of an eye.” The world of Women in Music Pt. III is warm but hazy, steeped in uncertainty but resistant to melancholy. With writing and production support from Ariel Rechtsaid, prolific producer (Madonna, Usher, Charli XCX, to name a few) and Danielle’s longtime partner, and Rostam of Vampire Weekend fame, HAIM manages to carve a distinct path for the record that navigates darkness without adding unnecessary weight to their sound.

Most of the record follows this lead, especially standouts like “The Steps,” “I Know Alone,” and “I’ve Been Down.” They’re about emotions that roll into each other like waves, moments that transform into habits, and individual thoughts that bloom into states of mind. This lyrical paradigm is a bit what it’s like to listen to the album too; the songs glide effortlessly into one another, illuminating each other to create a glowing body of work that’s a universe all its own. It’s the kind of album that you could play in the background of a beach day for hours, or instead, spend those hours laser-focused on its intricacies. It’s up to you, and you get the sense that HAIM doesn’t care which road you take. They’re equally promising, and this album allows for both experiences.

What gives the album this undeniable cool factor is the chemistry between the 70s-inspired production and earnest lyricism, which adds nuance to the sisters’ usual spunk. “Man from a Magazine,” a direct response to sexism the sisters have faced in the industry, emanates Joni Mitchell. Fleetwood Mac is resurrected on “Leaning on You,” a hymn to supportive relationships that refuses to dip into cliché. Even the most experimental moments further build out this hazy California landscape instead of disrupting it. “All That Ever Mattered’s” production is, in Alana’s words, “bananas and bonkers,” but it still seems to peacefully coexist along with the minimalist and bouncy “Another Try.” Even the screaming samples that dare to disrupt the aesthetic sound vaguely pleasant.

There’s a subtle one-two punch of HAIM’s trademark humor on “Gasoline” and “3 AM,” the sexiest songs of the bunch. The former is a funk-inspired track that holds the hidden lyrical gem: “You needed ass / well what’s wrong with that?” The latter is a swaggering booty call anthem, complete with a voicemail audio sample from British producer Vegyn. But even though the HAIM sisters are known for their cheekiness, this record as a whole is painstakingly earnest. It’s as if the band woke up one day and decided to stop overthinking, and it shows. Lyrically, they’ve never been more vulnerable, and musically, they’ve never sounded so confident in their instrumental prowess.

The closing track “FUBT” plays like an instant classic. It’s so pristine and simple, it’s almost shocking it hasn’t already been written, but still manages to sound wholly original. The waterfalling guitar outro closes out the main part of the album and leads into previously released bonus tracks “Now I’m In It,” “Hallelujah,” and “Summer Girl,” each excellent in their own right; none are throwaways. In fact, there isn’t a weak track on the record. It’s one of those rare albums that morphs into newness upon each subsequent listen. It’s easy to love, but not so simplistic that it becomes stale. There’s always another vocal layer, witty lyric, or glowing bassline to extract from the summery haze.

On Women in Music Pt. III, there’s not an inkling of pandering, a whisper of ill-advised experimentation, or a hint of internal dissent. For an album that dissects the curse of uncertainty, it sounds incredibly assertive; HAIM finally found an aesthetic to call entirely their own. It’s the kind of musical victory that takes years of painstaking evolution, and maybe even a biological relation to your bandmates, to achieve. But HAIM makes this stellar album sound as effortless as an afterthought, as if to assure the world that it’s only the beginning for them.

Women In Music Pt. III is available to stream now.

0 comments on “HAIM Delivers an Instant Classic on Women in Music Pt. III”