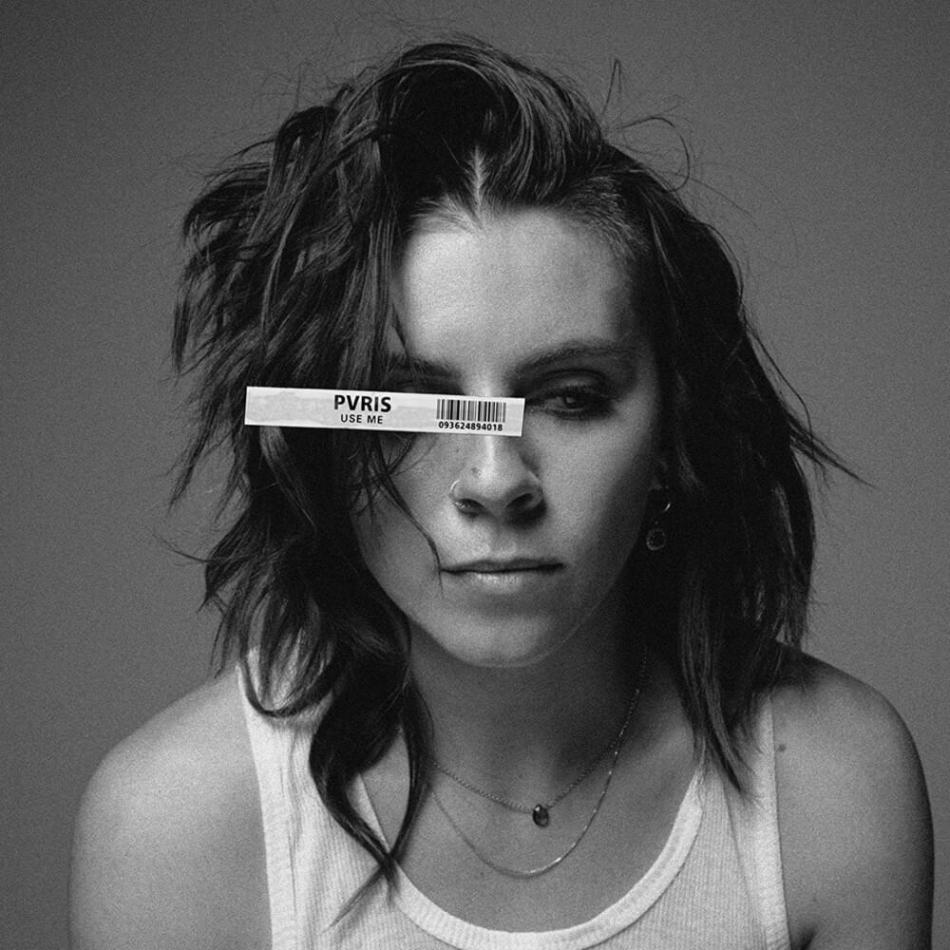 Six years ago, a relatively unknown band from Lowell, Massachusetts made their debut with an explosive synth-pop, head banger of a song that sounded like a new-age Paramore with a little more grit. The song had a tinge of sentimentality but was a decidedly modern take on the post-hardcore sound of the mid 2000s, complete with pulsing synths and a raspy chorus. That song was “St. Patrick” by PVRIS, and I remember being immediately hooked. Who was this band?

Months later, I got my answer when PVRIS released White Noise, a glorious debut that managed to find a common ground between metal core and moody electro-pop. It’s a unique combination of genres, one that has been adapted in one form or another in the past, though never really found its niche, despite prolonged, widespread appeal (see: Attack Attack! and You Me At Six). PVRIS managed to strike the right balance, uniting disparate listeners under one roof. White Noise was as much for fans of the post-hardcore genre as it was for fans of indie rock. Fast forward past a deluxe version, an acceptable sophomore album, an EP, and an exceptional cover of Tegan and Sara’s “Are You Ten Years Ago,” and we get to the 2020 release – Use Me—PVRIS’ third full-length album on Rise Records and Warner.

Although PVRIS is technically a group consisting of Lynn Gunn, Brian MacDonald (and as of Wednesday, formerly Alex Babinski—read more about that here), Gunn is the true mastermind behind every album, song, and note from PVRIS. She’s more than the de facto leader; she is synonymous with PVRIS itself. A multidimensional musician, she produces, writes, and plays every instrument – guitar, drum, bass, keyboard – on every one of PVRIS’ songs. Even though she’s been the face of the group since its formation, the extent of Gunn’s full involvement in PVRIS was historically concealed, a decision she says was based on being supportive of “band culture” and the idea that the group is supposed to be better than its individual parts.

On Use Me, Gunn kicks that notion to the curb, and rather fiercely I might add. Use Me is Gunn fully realizing her untapped creative potential as the sole architect behind PVRIS, and the album serves as an assertation of her multifaceted genius. The curtain has been pulled back, and the stage is Gunn’s. Right off the bat, it’s clear Gunn has shaken off any reservations she might have had on previous albums, starting the opening song “Gimme a Minute” with “wide awake; just cut the head off of a snake.” “Gimme a Minute” was destined to be a fan favorite, released in April as the album’s second single just when it was announced that Use Me was being pushed back because of—you guessed it—COVID-19. The hook features warped synths and pounding bass, with Gunn sounding like she’s nearing a breaking point: someone better give her a goddamn minute to think. The second half of the song is primed for rapid head-banging, and it’s easy to see how “Gimme a Minute” would be quite the concert opener if we all had the pleasure of seeing live music again.

Up next we come to “Dead Weight,” an industrial anthem that again finds Gunn redirecting the feelings she’s kept bottled up for so long. Somebody—maybe her label, maybe an ex-lover—has fucked Gunn over for long enough, and she’s risen from the ashes a little colder and a little more hardened, but fearless all the same.

“Good to Be Alive” comes a few tracks later and represents one of the albums biggest shifts. Gunn actually went on the record and said “Good to Be Alive” was one of her favorite songs off the album, and it’s certainly one of the most personal. Gunn sings about feeling displaced and constrained, mentioning how a doctor says she’s fine even though she “hates her life.” While this can be interpreted as a reference to her mental health, it’s also possible she’s alluding to very real health concerns she’s had over the past few years (Gunn was previously diagnosed with two debilitating autoimmune diseases). Opening up on her struggles in a cover story for Rock Sound from 2018, Gunn says:

“I had to pretty much relearn to sing right at the beginning of our record cycle, ran into a lot of issues and still don’t really know what was going on, but would go to sing and it would feel like somebody was grabbing my throat and I could not get anything out and there’s so much tension and anxiety, and when you get anxious obviously you can feel it physically and that just adds to it.”

Around the midway point we come up on “Death of Me” and “Hallucinations,” both songs that were on PVRIS’ 2019 EP Hallucinations. “Hallucinations” definitely leans more into the electro-pop side of PVRIS and is one of Gunn’s biggest songs to date. It’s more apt for mainstream play but doesn’t deviate far from the group’s foundational sound.

“Old Wounds” is one of my favorite tracks, also from the Hallucinations EP, that harkens back to the slow burning, simmering sound of White Noise. Despite its dark tone, Gunn explains that “OId Wounds” is a love song about a very intense, meaningful relationship that never blossomed into its full potential.

Near the end of the album is the self-titled “Use Me,” featuring an unexpected guest appearance from hip-hop/psychedelic hybrid, 070 Shake. While Gunn is very rarely featured on others’ songs (see: From Indian Lakes’ “Did We Change”), to the best of my knowledge, this is the first time that Gunn has ever outsourced vocal support on one of PVRIS’ own songs, and the chemistry between the two could not be better. “Use Me” is one of the most melodic songs off the album, and Shake contributes her rugged vocals in a short verse until she’s joined by Gunn for the harmonious hook. “Use Me” sounds like an outlier for PVRIS, and is one of the album’s best.

While Use Me is a clear progression from 2017’s All We Know Of Heaven, All We Need Of Hell, I must acknowledge my own personal disappointment that PVRIS has slowly moved away from their initial post-hardcore/metal sound that made songs like “Fire” and “My House” so exhilarating. Though I wish that PVRIS had leaned more into the metal-edge rather than electro-pop as they’ve evolved, the album we hear today still very much maintains a punk, rebellious feel.

PVRIS’ third album is a beautiful culmination of years of resolve and Gunn’s battles with an ever-approaching darkness. Use Me is the result of Gunn learning, with some difficulty, to channel her pent-up frustrations, struggles, and aggression into a solid, cohesive output. By design, it’s a little rough around the edges, yet Gunn sounds stronger, focused, and more hardened than ever.