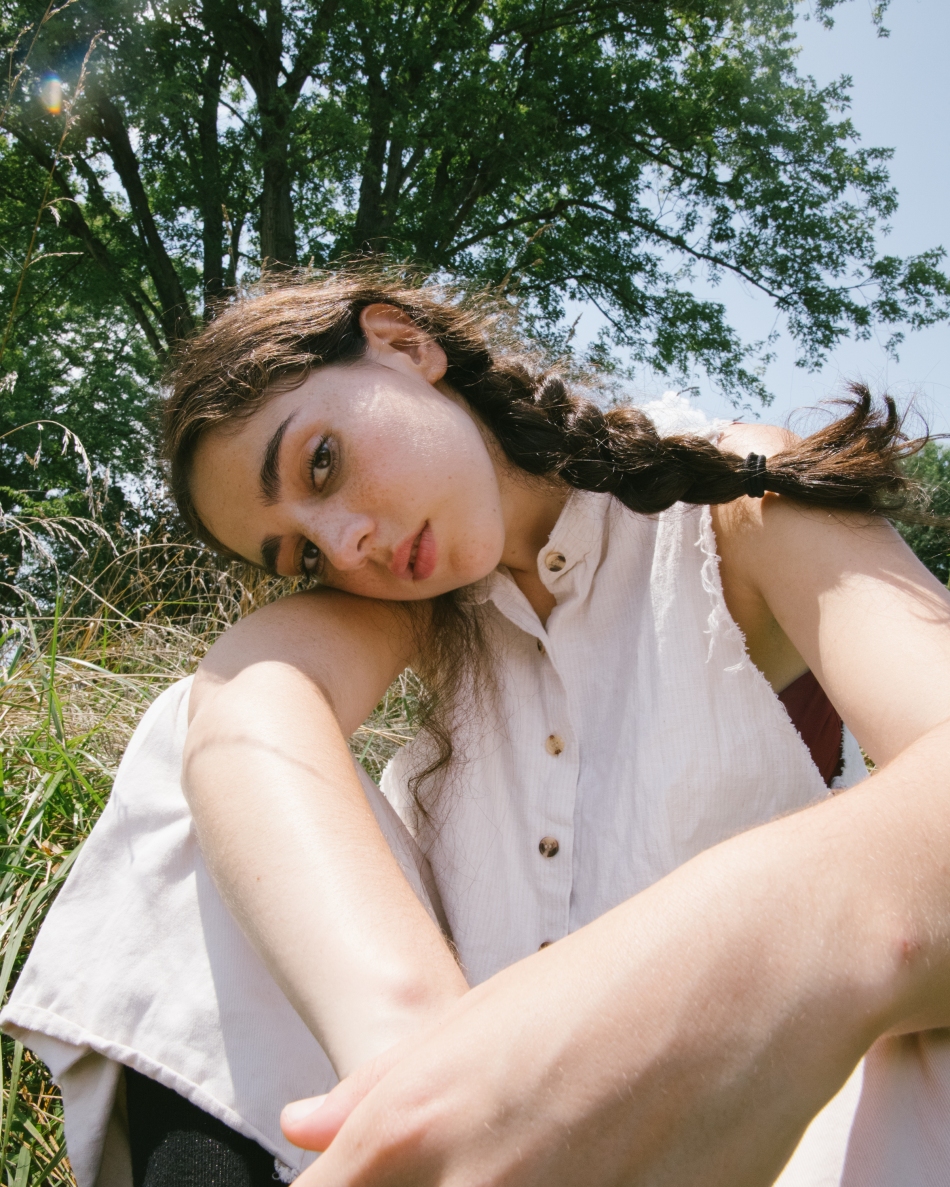 Happy Artist Of The Month Time! September’s feature is all about Samia, the 23-year-old rising talent from New York City, whose debut album The Baby dropped last month. I was super amped to have this opportunity to talk to Samia, and I had a great feeling that the album would be one of my favorites this year before I ever heard it (I was correct in my guess). Enjoy!

Name: Samia
Hometown: New York, New York
Genre: Indie Rock
For Fans Of: Maggie Rogers, Liza Anne, Ohmme
Why You Should Care: While 2020 has brought us a ton of fantastic new albums from big artists like Phoebe Bridgers, Fiona Apple, Dua Lipa, and Taylor Swift (to name a few), there haven’t been nearly as many of debuts from artists that have made a lasting impact on me. The few debuts that come to mind as 2020 standouts, however, are SAWAYAMA by Rina Sawayama, Look At Us Now Dad by Banoffee, and of course, The Baby by Samia.

2019 was Samia’s breakout year, as she toured with major acts like Hippo Campus, Donna Missal, and Cold War Kids, and made appearances at SXSW and Firefly Festival. Her first few slew of singles (“Lasting Friend” and “Ode To Artifice”) made waves with major publications. She was also able to perform her first headlining shows ever, selling out Rough Trade in New York City, and curated an 8-hour mini-festival titled “Samia + Friends” which featured over 2,000 attendees.

The Baby, released at the end of August, dives deep into the complex relationships between ourselves and the world. It struggles with the ideas of being alone and accepting reliance on others, which ties in perfectly in regards to how the album was created. Samia decided to recruit previous touring mates to collaborate with her for the project, eventually being produced by Jake Luppen, Nathan Stocker—two members of Hippo Campus, Caleb Hinz, and producer Lars Stalfors (Foster The People, Soccer Mommy).

The Baby was created cross country, with sessions spanning Los Angeles, Minnesota, and New York (a true representation of what it’s like to record an album during a worldwide pandemic). What is it like to develop your sense of self and belonging in the world when it feels like the world is completely imploding? To successfully balance the relationships between yourself and others, the way you see yourself, and the way you hope others see you? These aren’t easy questions to answer, and The Baby continuously asks those questions, with painfully blunt and personal lyrics, blossoming vocals, and ethereal synths.

Check out Chicago Haze’s Q&A with Samia below.

Chicago Haze: I’d be curious to know more about your childhood and how it influenced your pursuit of a music career. Can you describe your adolescence?

Samia: I grew up singing around my family…my parents were in the entertainment world and I was around a lot of music and theater. Went to rock band camp every summer and fell in love with Elliot Smith and Nirvana, begged everyone I knew to let me in their bands and tried to be as involved in the music community as possible when I moved to New York.

Chicago Haze: You had a really successful year in 2019, touring with major acts and playing huge festivals. What were those experiences like and how did they shape your perspective on forming your own career as a musician?

Samia: There’s nothing I love more than touring. That year was my favorite of my life so far because we were on the road so much. I made so many friends in that space and learned so much from the people we were working with. I wouldn’t change anything about that time.

Chicago Haze: A question I’ve been asking musicians a lot this year is, how are you coping with releasing music during a pandemic? Has it drastically shifted your mindset on how to promote your music and when?

Samia: This was my first time releasing an album so the whole thing is new to me. I wish we had the opportunity to talk about it with new people in person and play the songs live but I am just excited to be contributing something right now and very grateful to be healthy and safe.

Chicago Haze: A big part of ​The Baby ​revolves around your exploration with accepting that you need people and your feelings of loneliness. Was that a concept that came together easily while creating this album, or was it more something you discovered after the songs were being written and recorded, etc?

Samia: Originally the album was going to be about my fear of being alone and grappling with that. It ended up teaching me that it might be okay to rely on people to some extent. Community has always been so important to me and I learned in the process of writing these songs that it doesn’t have to be shameful to depend on the people I trust.

Chicago Haze: It’s really lovely to learn that so many of your close friends were involved in making this album. What was that collaboration process like, especially during the months of quarantining?

Samia: I tried working with a lot of people I didn’t know and I didn’t feel I could be as honest as I wanted to be in a collaborative environment. I ended up getting to work with some of my good friends and favorite musicians, Caleb Hinz, Nathan Stocker and Jake Luppen, at their studio in Minneapolis. I wouldn’t have been able to communicate so honestly and effectively if not for them. I met Lars Stalfors, who mixed the record, in LA after months of trial and error and he and I hit it off immediately as well.

Chicago Haze: Are there any musicians you want our readers to get on their radar? Who should we be listening to?

0 comments on “Artist Of The Month: Samia”