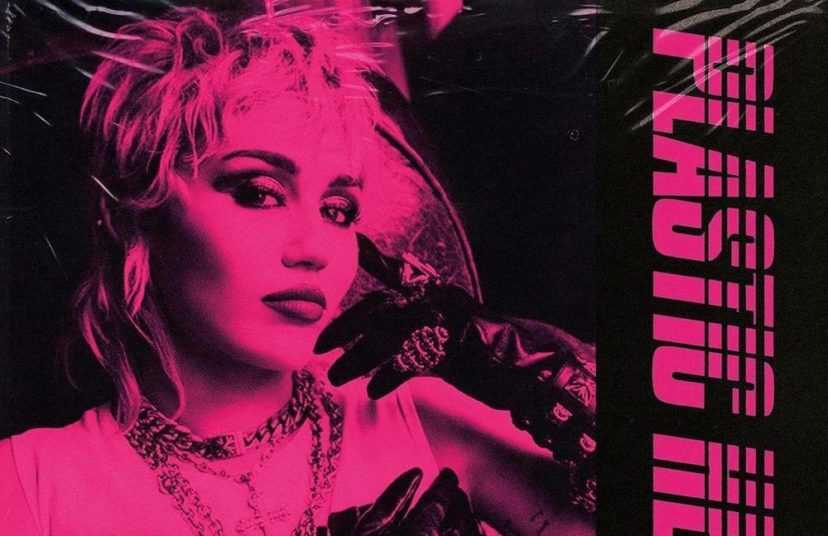 Every pop star is somewhat of an aesthetic chameleon, but Miley Cyrus has proven herself to be addicted to shedding her own skin. At times, her genre-bending has felt more haphazard than purposeful, a reflection of chaos rather than artistic direction. But on Plastic Hearts, Miley’s rock star persona is more than just cosplay. It’s her first record that both adds fire to her famous sense of rebellion and injects nuance into her bravado.

One of the secrets to Plastic Hearts’ success is that it feels grounded in a sense of patience and purpose rather than Miley’s typical impulsiveness. Finely curated over a period of two years with heavy-hitters like Mark Ronson, Ryan Tedder, Andrew Watt and Louis Bell, this rock record is as glossily produced as her pop releases. But if the sound is sleek, the lyrical content is strikingly complex. Plastic Hearts reflects a tumultuous period for Miley, including her divorce, subsequent relationships with Kaitlynn Carter and Cody Simpson, and her southern California home burning down. But rather than writing direct rebuttals to tabloid headlines, Miley sings about what it’s like to be a woman who has been forced to publicly defend her own vision throughout her life, an experience that is at times uncomfortable and lonely, and in others, is exhilarating. Miley contains multitudes, and the rock n’ roll foundation of Plastic Hearts is the most effective method she’s chosen so far to prove it.

Throughout its twelve tracks, Miley demonstrates that she’s a student of the slice of music history she’s dabbling in (which is more that can be said for the borderline appropriative Bangerz era). It’s a move that adds even more artistic credibility to the album. The rumbling percussion and piano lines of “Plastic Hearts” hearken back to “Sympathy for the Devil,” Olivia Newton-John’s “Physical” vocal stylings make an appearance in “Prisoner,” and “In the Air Tonight”-style drums decorate “Gimme What I Want.” And of course, “Midnight Sky” samples “Edge of Seventeen;” Stevie Nicks even appears on a remix on the digital version of the album. Rock purists might not be Miley’s demographic, but they might be surprised to hear her relatively faithful interpretation of the genre, spearheaded by her electric vocals. Full of charisma and control, her unique voice has finally found a home with sharp-edged guitars, pounding synths, and sweeping harmonic ballads. While Miley has always been a talented singer, comfortable everywhere from country to hip hop, she finds the perfect blend between vocal prowess and vulnerability on her Plastic Hearts. Rock is her runway, and the grit in her voice is what keeps the record from feeling too generic.

While Miley’s razor-sharp vocal performance was the expected victory of this album, the hidden surprise is its lyrical nuance. For every bombastic track like “WTF Do I Know” (I’m the type to drive a pickup through your mansion/I’m completely naked but I’m makin’ it fashion), there’s an aching reflection on identity like “Never Be Me” (“If you’re looking for stable, that’ll never be me/But I hope that I’m able to be all that you need”). Other tracks form subtle lyrical relationships with pivotal moments in Miley’s discography; jaded LA anthem “Plastic Hearts” is the dark side of “Party in the USA.” For an album with such bravado in its presentation, Plastic Hearts asks more questions than it answers. For Miley, unpacking divorce, fame, remorse, and even mortality with such dexterity is the most rock n’ roll thing she can do.

Of the up-tempo tracks, “Midnight Sky” stands as the strongest, although the synth-driven “Gimme What I Want” is another strong interpretation of the lead single’s energy and message. “Prisoner” with Dua Lipa is an indisputably sexy disco bop, “Night Crawling” with Billy Idol is a spooky celebration of synths, and “Bad Karma” with Joan Jett is full of tongue-in-cheek swagger. But these duets are, while smartly designed around the musical DNA of each featured artist, have hooks that fall flat and lyrics that air on the edge of white noise. There’s space for experimentation on this album that Miley didn’t take advantage of; a long-winded Talking Heads-inspired experimental track with all the weirdness of Dead Petz would have been a welcome addition to the slew of predictable rock bangers.

Although Miley has since rejected her Younger Now era as inauthentic, its gold-tinged twang still trickled into Plastic Hearts. “High,” co-written by country singer Caitlyn Smith and Jennifer Decilveo, was billed by Mark Ronson as “one of the most beautiful vocals/melodies I’ve ever recorded.” Anchored by aching harmony and a classic lovelorn lyric (“Sometimes I stay up all night/’Cause you don’t ever talk to me in my dreams”), “High” is the arguably best track Miley has ever released. “Hate Me,” another Decilveo and Smith co-write, sounds like if Hannah Montana sung about the intersection of fame and mortality. Surprisingly, it lands. It’s refreshing that Miley hasn’t completely sworn off her country roots, and the addition of ballads like these is what makes Plastic Hearts a genuine artistic statement rather than a chameleonic rockstar experiment.

Lyrically, the masterpiece of the album is its closer, “Golden G-String,” an understated ballad that transforms the personal into the political and Miley’s experience with celebrity into something truly universal. It’s decorated with lyrical zingers, even including a reference to President Trump as “the mad man in the big chair.” “You dare to call me crazy, have you looked around this place?” she wails in chorus, asserting her ever-present sense of activism while simultaneously challenging her critics. “Maybe caring about each other is just too 1969,” she suggests in the bridge, ever the millennial romanticizing decades they didn’t live through. But the second verse is what perfectly encapsulates the crux of Plastic Hearts, and more broadly, the through-line of Miley’s career: “I was tryin’ to own my power/Still I’m tryin’ to work it out/And at least it gives the paper somethin’ they can write about.”

Time will tell if Miley’s foray into the jagged edges of punk rock will last or she’ll disavow the project as a phase in two years. If, God forbid, Plastic Hearts becomes nothing but another isolated musical experiment on Miley’s journey of expression, it’ll be looked back on as a moment of balance for a figure otherwise known for her chaos. But it could also the project that launches Miley’s career as a formidable rock star in her own right.