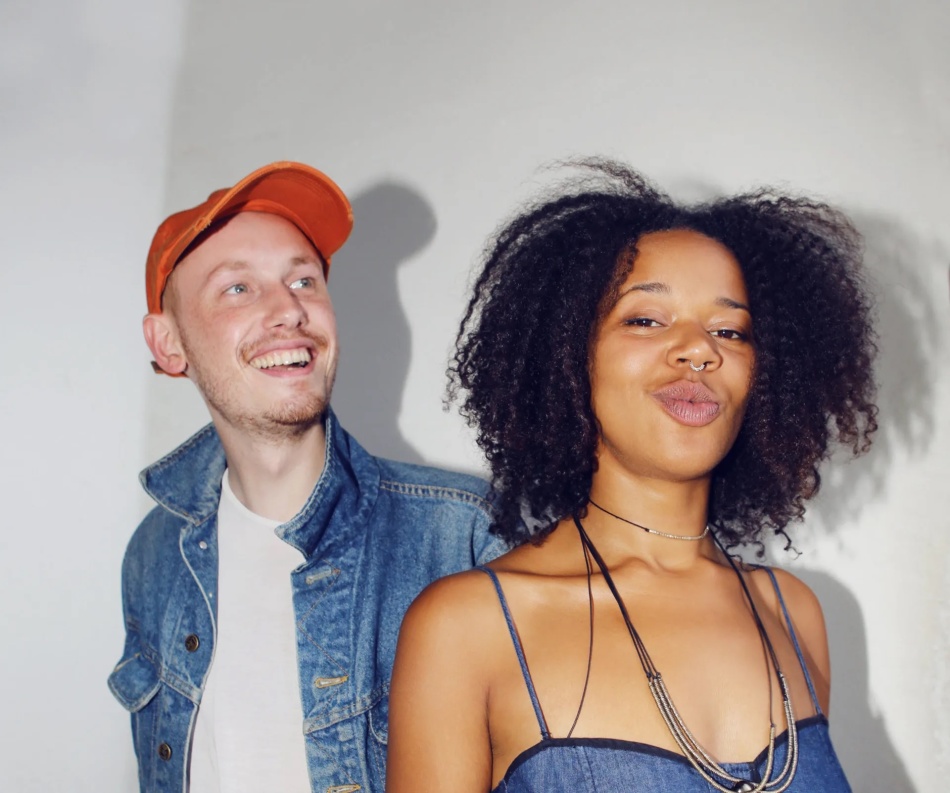 We hope you enjoy Chicago Haze’s last Artist Of The Month post of 2020!

Name: Girlhood (comprised of Christian Pinchbeck and Tessa Cavanna)
Hometown: Based in London
Genre: Neo-soul, R&B
For Fans Of: Babeheaven, Blackstarkids
Why You Should Care: I know right above this sentence I mentioned some artists to compare to Girlhood, but I feel like it’s incredibly hard to find a contemporary musician that sounds like Girlhood does. Right when I heard their song “It Might Take A Woman” on Spotify’s New Music Friday playlist, I was instantly intrigued by their sound. The London-based duo has mentioned that they get inspired by music from the ’80s. Tessa and Christian’s origin story is pretty serendipitous: Christian lives on a boat and Tessa happened to be walking by when he asked her to come onboard and sing on tracks he had created, according to an article in Complex. Girlhood’s first music together as a duo dropped in 2017 and their self-titled debut album dropped earlier this year.

Check out our Q&A below:

Chicago Haze: Can you both talk a bit about your journey to becoming musicians and how it began?

Christian: Mine began pretty early on, I was songwriting and producing before I took any school exams. I was always the kind of pushy and overly keen members of whatever band it was at the time. I moved to London and met a singer and we went in to form Elephant, which put me in contact with long term friends, music gurus and London’s independent record label, Memphis Industries. From there we disbanded and I started a new idea taking inspiration from 80’s NY photography, around the Bronx, and the start of hip hop and it’s movement. I met Tess right at the beginning of this time and together we grew that tiny thought into something much more grounded and realised today.

Chicago Haze: Something that drew me to your music is that I don’t feel like it sounds like anyone else making music right now. Who are your biggest musical inspirations, past and present?

Christian: I don’t try and replicate anyone I listen to at all, if I did we would probably be some Western Country outfit! I tend to borrow sounds I’ve heard in snippets and weave them together. Like, Mellotron strings from old Disney movies, break beat drums, gospel choirs from early Kanye, afrobeat basslines and percussion. I don’t ever go into writing hoping to come out with a genre, more that I can hear what the picture is in my head.

Chicago Haze: What’s it been like releasing your debut album in the middle of a worldwide pandemic?

Christian: Less face to face press, touring and general real life connectivity has been a bit peculiar, but generally it has been just as enjoyable and full of support and love from all sides of the words, it really is truly amazing to be a part of.

Chicago Haze: How has your collaboration process developed during the course of recording the album?

Christian: It became less directed and more organic. Less of us taking job roles and instead sharing it out. It becomes much more challenging that way, but it definitely changes the music and I think for the better. Ego’s can collide, but that’s what happens when such a personal thing as songwriting meets two passionate individuals with wildly different views and tastes. Keeps it interesting though, to say the least.

Chicago Haze: What do you hope comes next for Girlhood? Any plans for 2021?

Christian: I think we are only just getting started. The debut felt like we had only just found out our footing and our voice. Can’t wait to see where that goes in the future.

Chicago Haze: And finally: I have to ask. How did you come up with the name Girlhood?

Christian: I used to work on a French movie that was made a few years ago of the same name. The film really touched me and I felt that even the term ‘girlhood’ just isn’t as common as ‘boyhood’ and there was some serious issues with that in a modern society, and it’s just the beginning. The band’s message was always feminism, unity, love and strength, and hopefully this come across with everything we do.

Christian: Thanks you to everyone for the continued and humbling support.

0 comments on “Artist Of The Month: Girlhood”