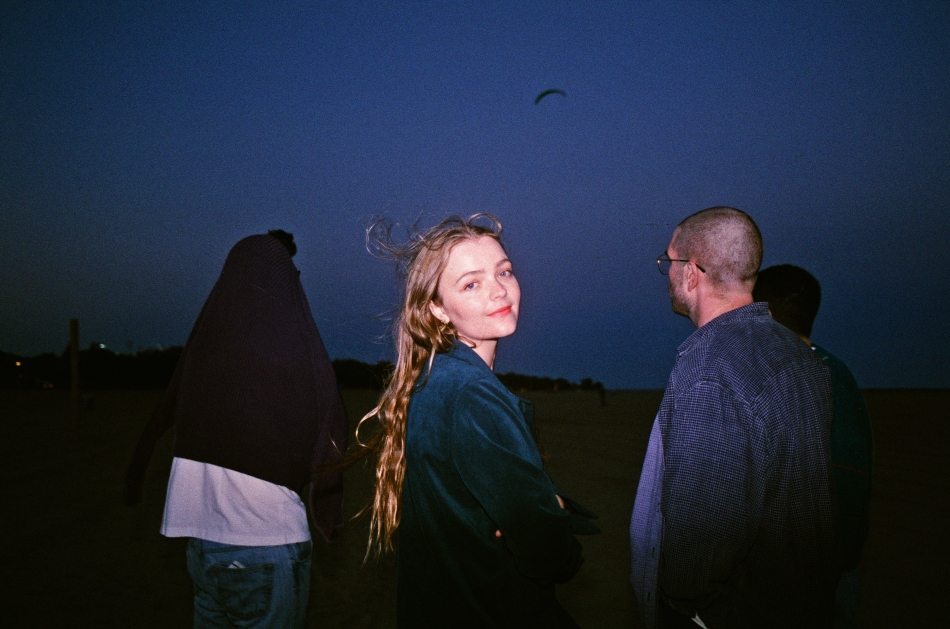 Move over, Drake—we’re ready to introduce you to the next big Canadian artist. Not quite a rap artist, but one worth your attention and support to break into the US. Four-piece pop band Dizzy, hailing from Oshawa (an hour away from Drake’s hometown of Toronto), have been creating music together for several years, initially releasing their debut in 2018, called Baby Teeth, and 2020’s The Sun and Her Scorch. Both albums picked up JUNO nominations (with Baby Teeth taking home Alternative Album Of The Year).

After a couple years of sharing stages with artists like Bleachers, Tei Shi, Milk & Bone, and Oh Wonder, Dizzy, like 99.9% of working musicians, was forced to put any sort of future touring plans on hold due to, you guessed it—COVID-19. Making the most of a shity situaiton, Dizzy returned to the studio to create a collaborative EP, inspired by Dizzy’s favorite artists from all around the world. The five-song EP, fittingly titled Separate Places, features artists like Kevin Garrett, Overcoats, Luna Li, and more.

Some of the songs from Separate Places have been reimagined from their original releases on The Sun and Her Scorch, inspired by each of the featured artists’ unique sounds. The reworked tracks allowed Dizzy to take their previous album “on tour” in a way without leaving their respective towns.

The first track, “The Bird Behind The Drapes,” features newcomer Luna Li as well as a beautiful orchestral section and harmonies that sounds like it could have been on Clairo’s debut album, Immunity. “Sunflower, Are You There?” is a slight genre-switch for the band, featuring more hip-hop infused production choices and backup vocals from Kevin Garrett, giving it a more James Blake-y vibe. A press release for the EP also referenced it to “something out of a Super Mario Brothers video game,” and I have to say I agree.

My favorite track from the EP features Staged Haze favorite Overcoats: “Beatrice St. E,” a track that we featured on this week’s New Music Sunday post. The track, a new take on the previous one titled “Beatrice,” is a beautiful piano ballad about a developing (or dwindling, you decide) relationship and the trip to meet up after the “can we talk?” text is sent. Overcoats’ angelic background vocals are subtle, but if you know the duo’s music, you can point them out instantly.

Dizzy’s Separate Places is out now. Stream it on your preferred platform here.