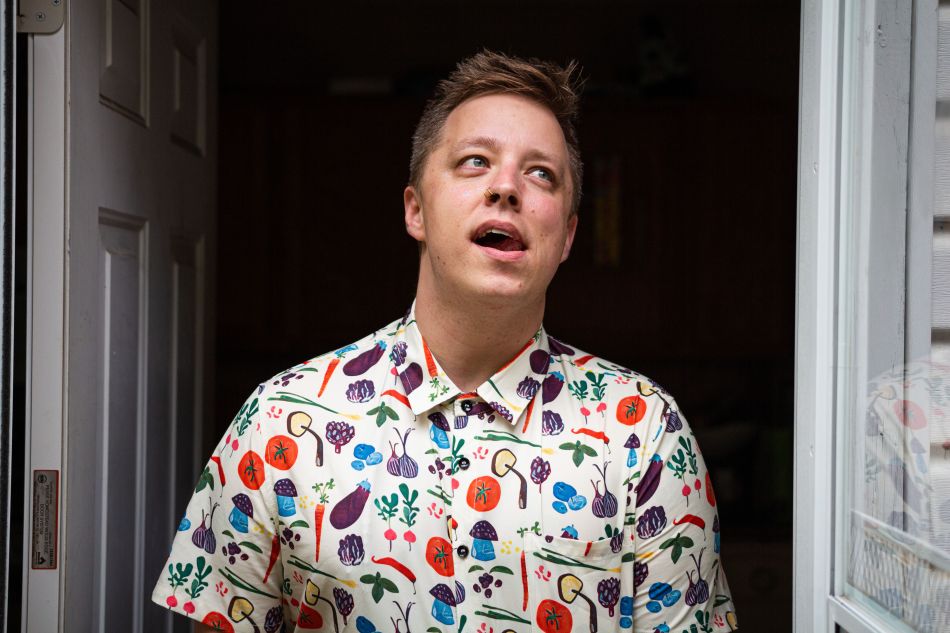 You, Me, And Everyone We Know has never had a consistent history. The Washington, D.C.-based band has gone through a multitude of lineup changes, a series of breakups and reformations and has hopped around a variety of genres throughout its 15-year existence, but one thing has always stayed consistent—vocalist Benjamin Liebsch.

Almost two decades after starting the band, Liebsch is back with the band’s sophomore full-length album, nearly a decade after the first one, after releasing a string of EPs. Liebsch said that the album represents perseverance, and the act of carrying on, something that Liebsch has continued to do throughout the band’s existence. “Something Heavy,” which dropped on Sept. 17, tackles themes of heavy, lasting trauma, but all of that pain led Liebsch to create what he calls the best album he’s ever made.

Check out our Q&A with Liebsch about the band’s music, the trauma that got them there, and where the future is taking them on Something Heavy.

Staged Haze: It’s been a while since we’ve gotten an LP from you. What made you want to create Something Heavy?

Liebsch: I never really want to make music. I guess you could better describe my songs as intrusive thoughts. It’s not that I won’t stop working on them until they are done, they just won’t let go of ME until then. In fact, I’ve tried to quit several times but I have come to accept that I’ve been chosen for this experience of queer, traumatized, song writing blue collar mystic.

Staged Haze: What were the circumstances behind writing it and recording it?

Liebsch: The writing has been a culmination of a decade of ideas, inspiration, and introspection combined with a concussion and a radical spiritual awakening. We had plans to start working on these songs and releasing them one at a time using some strategies that hip hop has been using that guitar music hadn’t caught up to yet, but I had a lot of unexpected time to myself last year.

I ended up being able to present all of the songs in varying stages of completion at one time to the band, which currently consists of Ben Roth, Joe Fuscia, Jon Smith, and Trevor Kiscadden. I think we worked on them nearly in order, just moving onto the next song when we ran out of creative juice on the previous session. We even jammed out ideas to make the record one seamless piece of music.

In communicating parts and how I wanted the music to feel when we were making creative choices, I used a lot of imagery and emotional words. I say these things because I think they both come across on the record. I say this because you can hear the intention in them. There was a lot of “yes, and then” happening, but we did have some disagreements about a few parts that didn’t end up being included, vocally speaking.

I didn’t fully realize why I was being so protective of the mood and intention of the lyrics in these moments until recently. There’s apparently been a shift in the way I write. There are some exceptions because I am who I am, but generally I’m no longer the butt of the joke in the music I write and I didn’t want anybody else to be either. There’s just something different going on with this record. You can hear it. It’s special.

Staged Haze: This album ruminates on mental health and PTSD. I think that’s something that especially a lot of people have been looking into throughout the past year and a half in a pandemic. Did that play into it at all, or were you already exploring these themes?

Liebsch: Nah, my first traumatic experience was around 3 or 4 years old and the hits just kept coming, so to speak. My ACES score is 7 or 8, depending on how you classify a thing or two. I am unfortunately well-versed in unnecessarily drawn out, inescapable trauma. This whole band has been an exploration of my trauma, its symptoms and fallout, the way it has changed how I view the world and how we should relate to ourselves and others, and my determination not to succumb to it permanently.

Staged Haze: How have you spent the past year and a half? It’s been a difficult time for artists and musicians. Have you been able to try anything new or have you just been focused on getting through it? How does this album fit in with the world we’re currently in?

Liebsch: I have spent the last year and a half abstractly re-enacting many parts of the previously mentioned traumas while dealing with a disabling neurological disorder called dysautonomia while watching the business I lost my health over crumble to non-existence. I have also gotten to spend a lot time with my amazing wife and dog and cats, I have written the best record of my life with people that actually want to be in this band, and despite the fact that my heart can’t keep very good time anymore I am alive and mentally better better than I’ve ever been.

Staged Haze: This album also touches on gender and sexuality. What was it like exploring those themes throughout the album?

Liebsch: I didn’t really try to do that, I guess it was on my mind as I wrote as I was processing these parts of myself during that process. My queerness has followed me my whole life and I have never been in an environment where I was safe long enough to acknowledge this facet of who I’ve been this whole time. My life with my wife Christine has been the foundation on which I’ve been able to sift through these ideas and really touch the bottom of my trauma pool, so to speak.

Staged Haze: What do you see in YMAEWK’s future? I’ve read before that you don’t want to tour much in the future. Is that still the case?

Liebsch: It’s not that I don’t want to tour much, it’s that I physically can’t. Whatever kind of dysautonomia I am dealing with puts a lot of limitations on energy expenditure, so we are trying to play one off shows in our top Spotify cities until I see a specialist later this year. So make the trip if you can. We’ll see you out there.

Staged Haze: What are you most looking forward with the release of this album?

Liebsch: If you’ll allow me to use this interview as a satellite vision board I am looking forward to the millions of dollars and my frequent visits to the chiropractor I have to make because of how thick our wallets are going to be because this record is so huge. Also, I’m just looking forward to spreading the message and hopefully helping some people through their own suffering.

Something Heavy is out now.

0 comments on “A Q&A With Benjamin Liebsch of You, Me, And Everyone We Know About New Album, Something Heavy”