At the end of August, Red Bull Sound Select announced that they would be bringing 30 Days of Live Music to Chicago this fall, with performances from up and coming performers of all genres. Some big names set to perform include Migos, Khalid, Kehlani and many more. Chicago natives Whitney, Noname, and Eryn Allen Kane are also slated to perform at their own shows.

After combing through the list of performers, I’ve pulled five shows that I’m particularly excited about (even if I don’t get tickets to any of them). Unfortunately now, some of these shows have already sold out, but the internet is a wonderful thing and purchasing resale tickets or finding someone selling is always a possibility.

Below are some standout shows that I’d like to check out – in a dream world where I could afford all of these. I hate to break the bad news, but most of the shows below (and most of the shows in the 30 days) are already sold out.

Get your indie punk, folk, whatever feelings out with this show featuring two of Chicago’s own – Whitney and Ne-Hi – with support from up and coming Philadelphia band Mt. Joy. Expect many white hipsters with mustaches and Mac DeMarco fans at this show. Whitney’s popularity has been growing and this venue is smaller than ones they usually play in Chicago, so it’s a cool moment.

Tickets: The event is sold out, but you can try here.

Three diverse, female indie-rock musicians singing sad love songs: what more could I ask for? While a lot of the artists featured in these 30 days of music are more R&B and Hip Hop focused, these three female artists are different in their own way and will make for a great show at Lincoln Hall this fall. Miya Folick has a song called “God Is A Woman,” say no more! I’m sold. Also, have you listened to Hazel English? She’s the female version of Day Wave and I’m so into it.

Tickets: The event is sold out, but you can click here for resale tickets (they’re currently so expensive – ouch).

As if you haven’t heard me talk about Aminé enough…here’s another blurb! Aminé has managed to put out one of my favorite albums of 2017 so far and I don’t even particularly listen to hip-hop music, which is saying something. While I am not familiar with the other two artists performing at this show, I do know that they are similar in style – and I just discovered that Pell has a song with G-Eazy, and one with Bridget Mendler (what a difference). I was hoping to grab tickets to this show but I didn’t move fast enough and now it’s sold out.

Tickets: The event is sold out, but you can get resale tickets here (and I really wanted to go to this one). 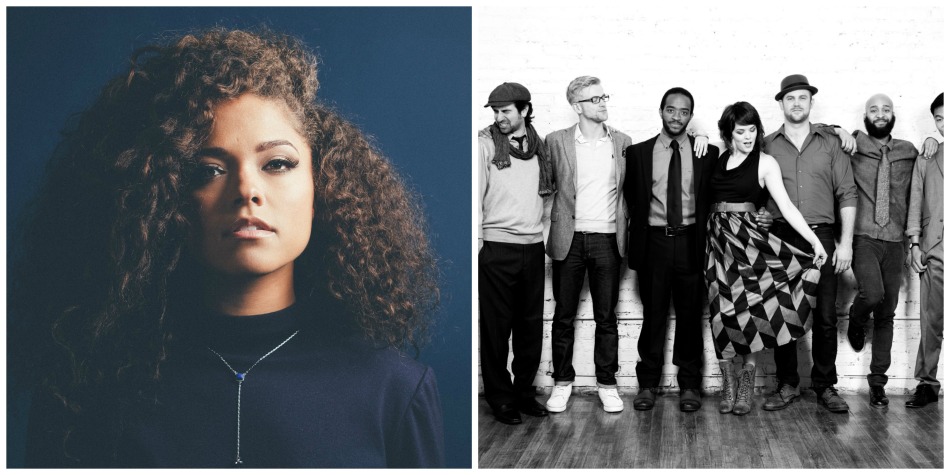 When I was scrolling through the lineup for 30 Days in Chicago, I knew that Eryn Allen Kane sounded familiar and discovered that I had heard her most popular song, “Have Mercy” before (still not sure where I heard it), and was immediately blown away with her incredible vocals. Kane is from Detroit and based in Chicago after coming to the city to attend Columbia College Chicago to study acting. A few years ago, Kane got the attention of the late and great Prince, working with him in the studio before he passed away. She has even done work with another Chicagoan, Chance the Rapper.

I can totally imagine her vocals being an other worldly experience in a church – where she will be performing with Chicago-based soul group Sidewalk Chalk.

When I first put this post together, Khalid’s show wasn’t sold out. When I looked again, the event was sold out. It makes sense, considering that Khalid’s popularity has catapulted over the last 3 months or so, and his two sold out shows at The House of Blues this past August were nearly impossible to get into. A bigger venue like the Aragon still managed to sell out quickly: it’s also easy to say that this is because the tickets were so cheap. I’ve been to a handful of shows at the Aragon and most tickets are $40-$60 and these were under $20. With that being said, I think it will be interesting to see if Khalid’s superstardom lasts or if he gets on the track of overexposure, going nonstop like this. One thing is for sure: he can definitely perform.

Amber Mark is pretty freaking talented, and I had heard of her song “Monsoon” in the past, but just put it together that it’s a song by her. She’s also currently on tour with Glass Animals, which is an interesting combination.

I looked up Marteen on YouTube and quite honestly hated his biggest song, called “Sriracha.” That’s up to you to decide whether or not you like it.

Tickets: Like I said before, the event is sold out, but you can try Stubhub.