Lady Gaga is pop’s expert of fearless costuming. She has graced red carpets with everything from 2010’s infamous meat dress to Audrey Hepburn’s Breakfast at Tiffany’s necklace at the 2019 Oscars. She has collaborated with everyone from Beyoncé and Christina Aguilera to Bradley Cooper and, lest we forget, Tony Bennett. She has delivered everything from the gothic weirdness of “Born This Way” to the stripped-down songwriter tracks of “Joanne.” For her Little Monsters (and the rest of the wide-eyed world), the 2010s was a decade of wondering who exactly Lady Gaga is. It’s an impossible question. Unlike many other pop stars, Lady Gaga hasn’t been concerned with giving anyone a direct answer. Her pop star peers like Kesha, Ariana Grande, and Taylor Swift have made painstaking efforts to deliver music linked to their personhood. But Stefani Germanotta is much more elusive. Lady Gaga has always operated on her own vulnerability paradigm, and Chromatica, her first full-length solo release in four years, was highly anticipated for the insight it might hold into Lady Gaga’s identity.

In Chromatica, Lady Gaga manages to subvert expectations of her authenticity by presenting a place, not a persona. The album, primarily produced by BloodPop—who has worked with the likes of Justin Bieber, HAIM, and Vampire Weekend—to name a few— is a masterclass in pop worldbuilding. As cohesive as a record can be while still presenting a compelling point of view, Chromatica is a straightforward dance body of work seasoned with her well-tested combination of darkness and euphoria. For a media environment that has become accustomed to her constant experimentation, Chromatica will fall flat. But for the musical ecosystem yearning for another taste of Lady Gaga as her truest pop queen self, Chromatica brings a sense of long-awaited relief. 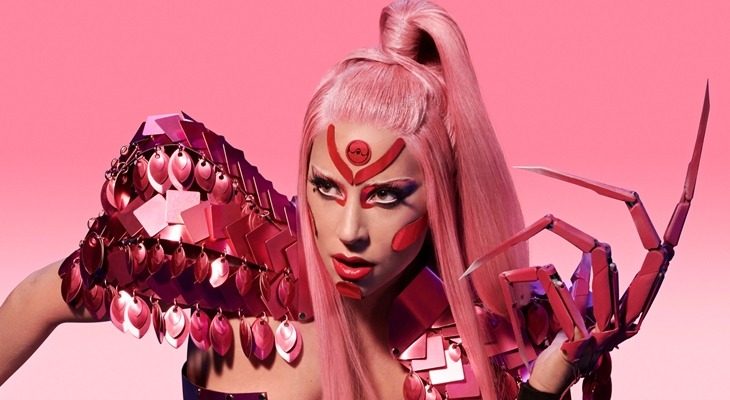 The album is divided into three sections by instrumental interludes “Chromatica I,” “II,” and “III.” These tracks serve as antidotes to the full-on deluge of dance-pop by forcing listeners to tap into the emotional movement of the album and reminding them that Lady Gaga’s musicianship is far greater than one genre can offer. And yes, these orchestral moments are as close to a “Shallow” follow-up as she gets—apparently, there are no ballads welcome in Chromatica.

The first full-length track, “Alice,” confirms that Chromatica is an album about a place with its opening lyrics: “My name isn’t Alice, but I keep looking for Wonderland.” The dark intensity of “Alice” is followed by singles “Stupid Love” and “Rain on Me,” two of the most genuinely joyous tracks Gaga has released in years. “Rain on Me,” her long-awaited collaboration with Ariana Grande, has Gaga on the most generic pop backdrop we’ve heard from her yet, but its simplicity works well for two singers with equally complex careers and public images.

“Free Woman” is as straightforwardly anthemic as the title suggests, but in an album chock-full of more memorable moments, it quickly fades to the background. The Robyn-esque “Fun Tonight” introduces a softness to her usual harsh electronic edges, concluding the exhilaration of the first section of “Chromatica,” which has Gaga subtly experimenting with new pop techniques.

The clear standouts of the record are stacked between “Chromatica II” and “III.” “911” is nostalgic in its old-school Gaga robotic weirdness and dark in its message. Over and over, Gaga repeats “my biggest enemy is me, pop a 911,” referring to her struggle with mental illness and relationship with psychiatric medication. “Plastic Doll” pokes fun at the objectification of celebrities, “Replay” is a reflection on the realities of living with PTSD, and “Enigma” owns the fluidity of personal identity. All four of these tracks are simultaneously dancefloor-ready and cutting lyrical explorations of Lady Gaga’s public and private life. She sounds right at home in the space between tragedy and euphoria while dipping into a retro pop palette more than a futuristic one.

The outlier in this section of the record is Gaga’s collaboration with BLACKPINK, “Sour Candy.” Easily the most contemporary sound on Chromatica, “Sour Candy” is a house-influenced track that places a spotlight on each of the Korean girl group’s members. Hearing her on such a modern beat is a necessary reminder that Gaga is actually an old soul, and even her most experimental moments pay homage to her predecessors. “Sour Candy” is a welcome addition to the album, and in 2020, a necessary one; every pop album now must have at least one TikTok-ready track. But Gaga sounds more at home on more sweeping, synth-y songs like “Enigma.”

The three tracks following the “Chromatica III” interlude are varying degrees of performative and earnest. “Sine from Above” features Elton John and is as gaudily theatrical as one would hope their collaboration to be. Elton John and Lady Gaga singing over a thumping house beat about trigonometry jargon is the foil to the rustic, emotive “Shallow,” but it’s equally meme-able. “1000 Doves” is a type of melodramatic redemption track that’s so comfortable for Gaga at this point in the album, it almost feels like an afterthought. On its own, though, it’s one of the most soothing and earnest moments on the record. In the second verse, she sings “I’d do anything for you to really see me, I am human invisibly bleeding.”  It’s a stark reminder of the traumas she has been unpacking for the last forty minutes; the beats have been so lustrous, it’s easy to overlook the lyrical intricacies of the world she has created.

In case anyone had any doubt who Lady Gaga was emulating on this record, she chooses to end “Chromatica” with “Babylon,” a Biblical-themed version of Madonna’s “Vogue.” It’s utterly unoriginal, unabashedly fun, and an effective reminder from Gaga to the world to resist the urge to take her too seriously. In an album (and a career) that doesn’t shy away from trauma, “Babylon” reminds us that Lady Gaga has blessed us with some of the most fun moments in pop culture in the last decade, and sometimes it’s just not that deep.

On Chromatica, Lady Gaga isn’t letting listeners into her soul as much as she’s pushing them out into the world she has built. But that doesn’t mean it’s an inauthentic body of work; it would be a mistake to equate the most “natural” Lady Gaga to the version we have seen wigless makeup-less accompanied by pianos, guitars, and Oscar trophies. She seems to be her most comfortable here: Chromatica is her natural habitat and dance-pop is her language. For an artist whose shock value is her trademark, a clean, consistent pop album is a statement itself.

In an interview with Zane Lowe, Lady Gaga described Chromatica (the place) as “not dystopian and not utopian.” Chromatica (the album) was released into a world at a sociocultural breaking point, a world gripped with fear that it might be hurtling in the dystopic direction. The beauty of this record is in its unexpected timeliness. It looks toward a future where tragedy informs joy over a tolerably weird musical palette. It doesn’t shy away from trauma but makes sure to smooths its edges. At its worst, Chromatica is static, but in the year 2020, this might actually be its superpower. Chromatica is an antidote to dystopic anxiety from an artist with such a compelling vision, listeners can’t help but hope Lady Gaga’s universe might merge with our own.

Chromatica is available to stream on all major platforms now.

1 comment on “Lady Gaga Finds Her Natural Habitat in Chromatica”