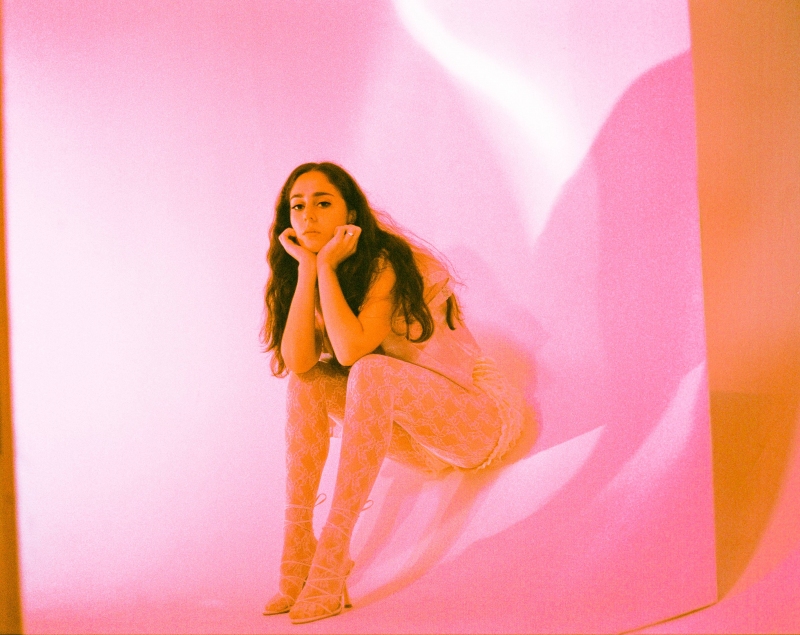 Several artists vied for my attention during the first week of June 2021, and Samia was no exception. Her smashing and elegant lead single “Show Up” was released on June 1, which promptly propelled me into the depths of Samia’s budding discography. Now, Samia returns with a sparkly vibrant EP Scout, said to act as “the older sibling” of her formerly successful LP The Baby.

Kristin featured The Baby on our 50 Best Albums of 2020 list, where she notes, “There’s something indescribable about listening to an album that you’re looking forward to for the first time and having it exceed all of your wildest expectations.” Samia took the reins on The Baby as she envelops fans with her voice and effectively whisks them away to far off lands. The Baby is a formidable testament to the promise Samia possesses as an up-and-coming artist. Kristin also notes the 24-year-old’s sound shares traces of artists including Lucy Dacus and Maggie Rogers.

Fans of The Baby likely enjoyed The Baby Reimagined, which was released in January 2021: several months after the original LP. A powerful supporting cast helped Samia to recreate the original LP, including MICHELLE, Christian Lee Hudson, Field Medic, Bartees Strange and many more.

Vocal maturity, thematic maturity, cohesive maturity…Simply put, Samia brought her A-game to this performance. Everything about Scout, just as the artist intended, screams older sibling and growth as an artist.

The EP begins with “As You Are,” a wonderfully airy and exuberant experience. Fans have likely heard this track prior to the release of Scout because the track was released earlier this week. The instrumentation glows and blends effortlessly with Samia’s soft ballad-esque lyricism. This track is an undisputed tribute to her mother as she reminisces about experiences they have shared. Most notably, Samia chants that distance cannot destroy love, a notion that will echo indefinitely for most fans that recently experienced separation to some degree during the global pandemic. Samia slaps a creative cap on the track as fans hear a slightly muffled voicemail from Samia’s mother, driving home how important her family is to her.

The second track “Show Up,” as previously mentioned, smashed all expectations. It is a wonderfully enthralling experience that successfully demonstrates her collective growth and maturity. Some diehard Staged Haze fans may remember when I included “Show Up” in our weekly series New Music Sunday. In that post, I described “Show Up as, “a track that opens many doors as Samia chants that she is always willing to put herself forward for those she loves and cares for. While she will always go above and beyond for others, she notes the sadness she feels when that notion is not reciprocated: ‘But I still cry every time my dad hangs up / No good intention is ever good enough / To feel like I’ve done nothing wrong.’ Samia thrives most when she opens up for her fans, as this experience is extremely relatable for most.”

I may have relied on my creative intuition when digesting the third track of this EP, “Elephant.” My first inclination draws me to believe Samia is describing the circus, as the beautiful chorus suggests: “Just place your fingers / on each side of their mouth / and pull towards heaven / until their teeth break out.” Other notable factors that draw me to the metaphorical circus include the mention of an elephant, the fact that she cannot make everyone happy (as many people experience coulrophobia, which is the fancy way of saying they’re petrified of clowns), and the notion of “forcing a smile on the audience’s face.” Elephant seals the deal as the most lyrically dense track on the project.

Finally, Samia closes Scout with an impactful cover of When In Rome’s “The Promise” from 1988. The cover is very fitting and belongs on this EP, as Samia reassures fans that, “If you wait around awhile I’ll make you fall for me / I promise / I promise you.” Mission accomplished, as Samia can consider me a product of this proclamation.

While short, this EP is succinct, impactful, and a treat for fans new and old. You may not blast Scout while hanging out with your closest pals, as you may The Baby or The Baby Reimagined, but this project can certainly carve its way into your easy listening playlist. The overall maturity in delivery and message marks Scout as one of my favorite releases of the year.

Samia is also planning to tour in the fall. Her tour dates are available below:

Fans can stream Scout as early as tomorrow and can expect a physical CD release on August 13.