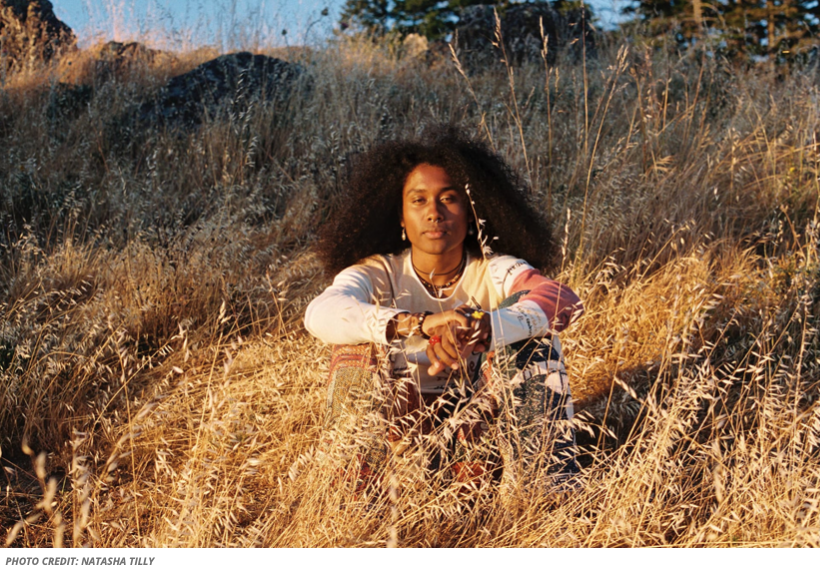 Is there a fictional story where the high school athlete decides to start pursuing music? Anyone? Well, if you’re a millennial like me, you’re probably thinking of Troy Bolton. If you’re a Gen Z kid, you’re probably wondering who that is. Well, Troy was the start of the ridiculously successful High School Musical franchise back in the mid-2000s, which eventually inspired the current show, “High School Musical The Musical: The Series” – where another popstar’s career was recently born.

Before I go off on an unrelated tangent, hopefully you can understand the sentiment. While I can certainly think of a crush I had on a student back in high school who played soccer AND was one of the stars of our choir program (if you’re reading this, hey), it’s a less-common trope that actually exists in real life, despite the way that it’s portrayed in popular culture. However, it IS the story of 21-year-old Jelani Aryeh, a San Diego native who decided to pursue music after time spent playing football during the majority of his adolescence. According to an interview with KPBS, Aryeh gravitated towards music after he realized he was no longer enjoying playing the sport, one where he was continuously getting hurt.

“I just really wasn’t enjoying it anymore. I was getting hurt a lot. Music just felt like something new,” said Aryeh. “I just wanted an escape initially away from football.”

This decision impacted Aryeh’s relationship with his father, who also happened to be his football coach through his junior year of high school. This undoubtedly affected their relationship dynamic: one that ultimately inspired a track called “Jet Fuel,” released back in 2019.

Thankfully over time, Aryeh’s relationship with his parents grew stronger, and they’ve continued to support his career as a musician.

Aryeh’s career began to skyrocket after his 2019 EP Helvetica garnered an immense amount of attention, specifically with the breakout track “Stella Brown.” This led to his most recent project, I’ve Got Some Living To Do, which dropped this past July. Aryeh is of African American, Filipino and Chinese descent. His interesting background certainly impacts his creative process as a musician: and his inspiration in other artists, ranging from Radiohead to Brockhampton, give Aryeh’s sound a chameleon-like quality: ranging from R&B to pop to funk. His voice often reminds me of Brit Declan McKenna, melodies of Gus Dapperton, and style of one of our 2020 faves, Jean Dawson.

In an interview with Complex, Aryeh describes his experience developing his own music tastes as a teenager in a town where a local scene didn’t really exist: something that many teenagers struggle with. Aryeh would go online to figure out what he liked, which “I go online to find what I like. And that informs my tastes and who I am. Growing up I always found music I loved from family and friends or listening to the radio.

This was Staged Haze’s first opportunity to cover a show in our new home base of Los Angeles. The Echo, a small, 300-ish cap venue in the Echo Park neighborhood, reminded me of my favorite venues in Chicago like Lincoln Hall and The Beat Kitchen: intimate but exciting, energizing and simultaneously laidback: big “hole-in-the-wall” atmosphere. When I arrived, I got in line behind two early 20-something year olds who were throwing back Fireball shooters before having to mask up and go through security. Live music was FINALLY back!

The casual nature of smaller shows is one I prefer and enjoy greatly. There’s certainly something magical about a big stadium show, and the energy is absolutely undeniable, but there’s also a very specific type of vibe I feel that is more contagious in a smaller venue. It feels like a secret that only the attendees are tuned into: yet this artist in particular has nearly 1.5 million monthly listeners on Spotify. The way the world works will forever confuse me.

After one of two openers Quiet Luke (who, despite the moniker, was not quiet), got the crowd going with the encouragement of starting a mosh pit (it did happen, briefly), the momentum continued when Aryeh casually walked out onstage just a few minutes after 10pm, looking confident, composed, and ultimately super excited to be performing. The crowd was more diverse than I anticipated: not only in race and gender, but in age, too! It was refreshing to see such a vibrant audience in attendance: though everyone’s physical reactions to the show (dancing, head bobbing, or just watching expressionless), were different, it was easy to see that they were all vibing to the performance the Aryeh was delivering.

Highlights of the hour-long set included the performance of “Overexposed” (my personal favorite), “Marigold,” “Stella Brown” (the first song of his I ever heard), and his wonderful covers of 1) “Angels” by The XX—a song that I recognized as soon as the chorus hit, but couldn’t pinpoint who actually sang the original because it felt so “Jelani” in its delivery, and a fun crowd singalong of Abba’s “Mamma Mia” (the TikTok vibes were strong with this one).

Part of me was hoping he’d perform his new duet with Samia, another one of our favorites: the duo recorded a cover “The Promise” by When In Rome, for Samia’s recent EP, Scout. Maybe next time!

Aryeh has a few more shows scheduled this fall, including a performance at “All Things Go Festival” in Maryland later this year. Click here for more info.