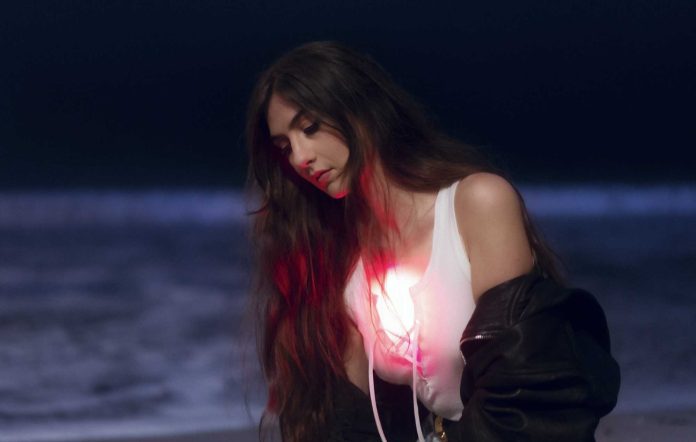 It wouldn’t be BROCKHAMPTON if they didn’t saturate their fans with twenty-eight tracks in the form of two albums (The Family and TM) over the course of a two-day span. One lyric in The Family nods to the fact that the project was released with the sole intention of escaping their deal earlier. TM, released on November 18, is clearly what garnered most of the group’s attention in their waning days together. This album has some heavy rap hits including “LISTERINE” and “NEW SHOES.” As is typical for BROCKHAMPTON, several members of the mega-group join in on this three-minute spin. Be sure to track where the individual group members go from here now that their unit has disbanded after two years of promising to do so.

The production compressed into the three minutes of “Does” demands your attention. This track acts as the gateway into Saint Jude’s debut album Signal and immediately challenges our perception. Accompanied by frequent questioning and artificially manipulated lyrics, the track intentionally places listeners in a place of self-interrogation. It is certainly one of the more enticing introductory tracks I’ve heard this year, and I will certainly be returning to Signal with intentions of unpacking its inner depth.

It’s no secret that Weyes Blood’s latest album And in the Darkness, Hearts Aglow focuses on overcoming the difficulties affiliated with hardship. Her glossy lyrics float over a comforting drum and guitar ensemble to hopefully envelop fans with hope and aspiration. She leans into a personal account of loneliness and suffering during the second verse, which signals that she, too, is ready to put the past behind her. Overall, this project is a home run. I’ll certainly need more time to pull it apart in its entirety, but “The Worst Is Done” functions as an exceptional touchstone.

0 comments on “The Three Best Songs Released This Past Week Pt. 79 ”