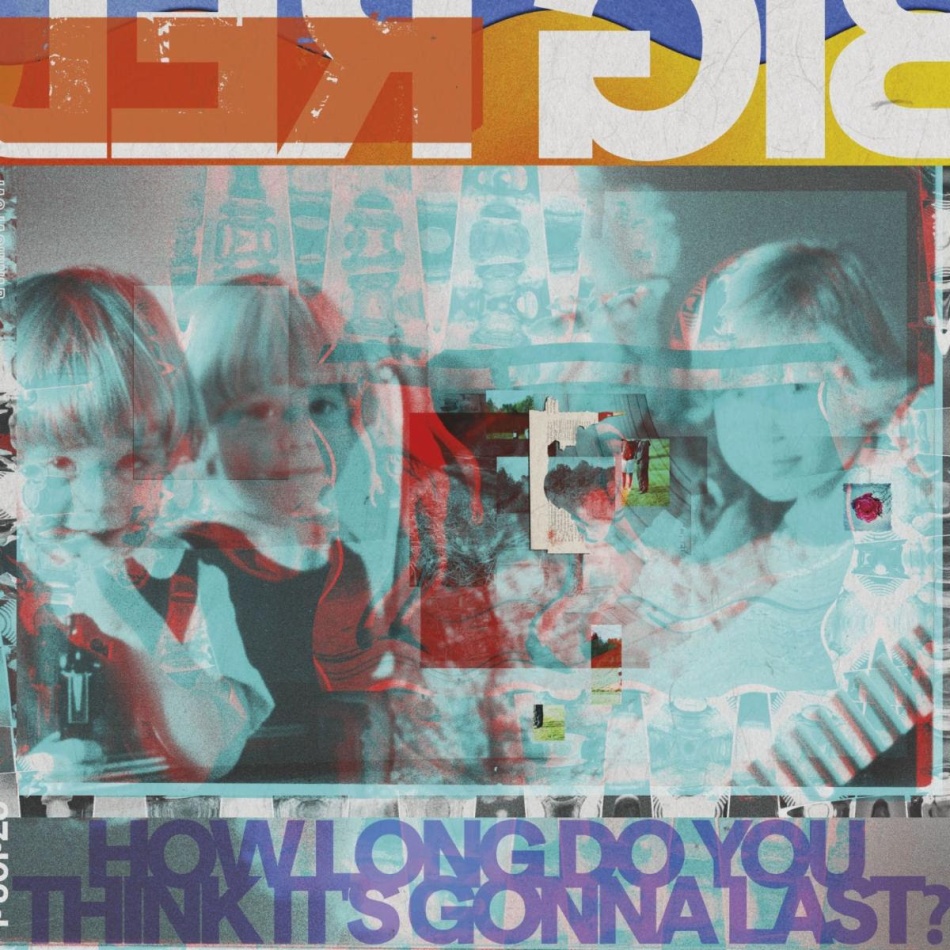 Big Red Machine is the passion project uniting Aaron Dessner of The National and Justin Vernon of Bon Iver: two exceptionally gifted musicians who have bolstered their individual resumes. Talent aside, there is one element that allows this collaborative experiment to breathe so effortlessly—infallible trust.

How Long Do You Think It’s Gonna Last follows the duo’s self-titled debut Big Red Machine (2018) and it has large shoes to fill: considering each song from the former has amassed at least one million plays on Spotify, the most popular track “I Won’t Run From It” inching close to twelve million. Considering “Renegade” with Taylor Swift has already surpassed twenty million streams (Spotify), the sky’s the limit for this production duo. Dessner did assist with the production of both folklore and evermore, so further collaborations seem inevitable.

Dessner notes that Big Red Machine’s focus has undergone a pivotal maturation—changing lanes from the “what ifs” to the “what is.” The duo’s friendship transcends fear or doubt, allowing their other half to bleed free from judgment or malicious intent. This infallible trust in one another brings How Long Do You Think It’s Gonna Last? to life. In a press release, Dessner stated that the project is enveloped in, “an openness; a creative generosity and [possesses] an emotional quality that connects it all together.”

How Long Do You Think It’s Gonna Last? is joyful, gritty, and everything in between. The passion is electric and reverberates throughout the entire duration of this hour-long record. Additionally, this record benefits from the replay effect, meaning each playback amplifies the experience. It’s amazing that something as palatable as this project began as, “a thing we [Big Red Machine] would do for fun, and we fell in love with the power of creation.” (Dessner, press release).

The duo’s vision is truly astonishing as every track feels simultaneously independent, yet united. Song-nabbers and albumists will both thrive with this release, as there is something for everyone on How Long Do You Think It’s Gonna Last?

The album begins with “Latter Days”, calling upon Anias Mitchell for assistance on vocals. Mitchell tags in and out throughout the project, joining the likes of aforementioned Robin Pecknold on “Phoenix”—another teaser for the sophomore project. These tracks were released in June and July respectively.

Hailing as the most frequent feminine vocalist, Mitchell’s voice adds another layer of depth and complexity to Big Red Machine’s narrative. This additional depth is necessary, as BRM tackles challenging themes of estranged childhoods, family strife, marriage and divorce, and how all of these realities compound into both depression and estrangement. The project essentially tears pages from Dessner’s diary from the seams and puts them on display.

BRM notes that this album is the clearest distillation of production and songwriting styles, and that sentiment is tangible as soon as the somber and seclusive “Latter Days”, centralizing on the loss of innocence as one enters adulthood, transitions into the quick-tempoed “Reese”.

“Reese” feels like a jolt of hope. Beautiful and cohesive, the instrumentation and vocal layering is simply astounding. Dessner takes command of the vocals, reiterating a laundry list of struggles that he faced in his early years. The most impactful moment of the song lands a powerful punch, as Dessner echoes, “I’m more than that” again and again after the three minute mark. The producer wants to make an apparent connection with his audience. He states that he, too, is human and has experienced his share of trials and tribulations. However, these challenges do not keep him down, nor should they keep his audience down. The impact of this song nearly brought me to tears.

The third track, “Phoenix” leans on more olden-country influences. This song asks how do those we admire appear to stand strong and firm in their desire, unshaken and unbothered by the challenges they face. The chorus sounds almost excusatory, as the duo bellows, “I was trying to find my way / I was thinking my mind was made / but you were making my heart change shape / but that’s all I can take now.” It seems that this icon or inspiration left a damaging scar on the members as they detail their recovery from this exposure. Perhaps Dessner is referencing the influence of toxic masculinity on a young boy?

“Birch ” and “Renegade” are two peas in a pod; these songs are essentially a nine-minute long duet between Dessner and Swift. The image of the two swirling together, hand in hand, in the center of a crowded ballroom comes to mind. “Birch” seems like a confession from Dessner to Swift, stating that, “If this man’s like me / that birch ain’t my tree.” These impactful lines draw the division between Dessner and his father figure. Swift’s response to Dessner appears on “Renegade” and highlights the stress one’s depression can bring to a significant other. Swift’s passions flare as she whispers, “is it insensitive for me to say get your shit together / so I can love you.” Needless to say, Dessner sought the love he was missing, but may have imposed too much on his significant other.

Our team member, Emma M., adores “Ghost In Cincinnati” because the imagery brought her right back to Ohio’s bustling city. She is able to recount all of the important landmarks mentioned in the track: making it apparent that a song can influence someone that profoundly. It’s important to note that Dessner solos this song to add to its impact and was successful all the same.

Dessner battles himself on “Hoping Then”, bouncing back and forth between what keeps him from sleeping soundly and what he is grateful for—a reality that many anxious people experience daily. “Mimi” features Ilsey and has a distinguished upbeat feel to it. This track reinforces the back-and-forth nature of “Hoping Then” with the impactful vocal backings. This easily highlights the push and pull someone may experience when combatting their own mind. Kudos to BRM for that idea because they executed it flawlessly. Ilsey also shattered expectations.

Naeem crushes his feature on “Easy to Sabotage”—offering a jolt of hope. The past, as previously mentioned, does not define us. This is the jolt we all need from time to time. “Hutch” is an awe striking performance, as Dessner converses with his late friend Scott Hutchison, most well-known for his work in the Scottish band Frightened Rabbit.

The combination of “8:22am” and “Magnolia” took me for a ride. “8:22am” focuses on a conversation between Dessner and presumably his wife (voiced by Mitchell) in the early morning. They are discussing something of particular relevance, but the lyrics are a bit muddled and can be difficult to interpret. Personally, that means that many mornings have linked together, leaving his wife with a decision; continue to listen to these dreary conversations or leave. Well, it seems his wife chose the latter, as “Magnolia” offers pleas into the distance. These pleas miss ears, as it appears his wife is far gone. The second half of the track offers self-reassurance, as Dessner, perhaps begrudgingly, has to accept his new reality. This song left me with many questions simply because I want the answers Dessner doesn’t have. These tracks are an interesting juncture of the record.

Finally, “June’s a River” is a soft piano ballad and Ben Howard steals the show; “Bryce” is another Dessner solo where he thanks his lifelong friend for sticking around as he dealt with the struggles of depression in his adolescence (this track is quite playful and joyful); and “New Auburn” surmises all of the emotions that swirled around this record and… thanks them. While most would be crushed by these life-altering experiences, Dessner takes time to mention his gratitude. These experiences molded him into who he is today, and he does not want to change that.

All in all, How Long Do You Think It’s Gonna Last? marks winning streaks, losing streaks, and most importantly, creative streaks from BRM. Powerful themes rage through this beast of a record, but Dessner echoes hope and forgiveness instead of combating those inner demons. This is exactly what the world needs right now, as many are experiencing several life-altering stressors and frustrations that are simply beyond their control. Allow Dessner, Vernon, and the supporting cast to lift you up, even if just for an hour at a time.

How Long Do You Think It’s Gonna Last? is out tomorrow.