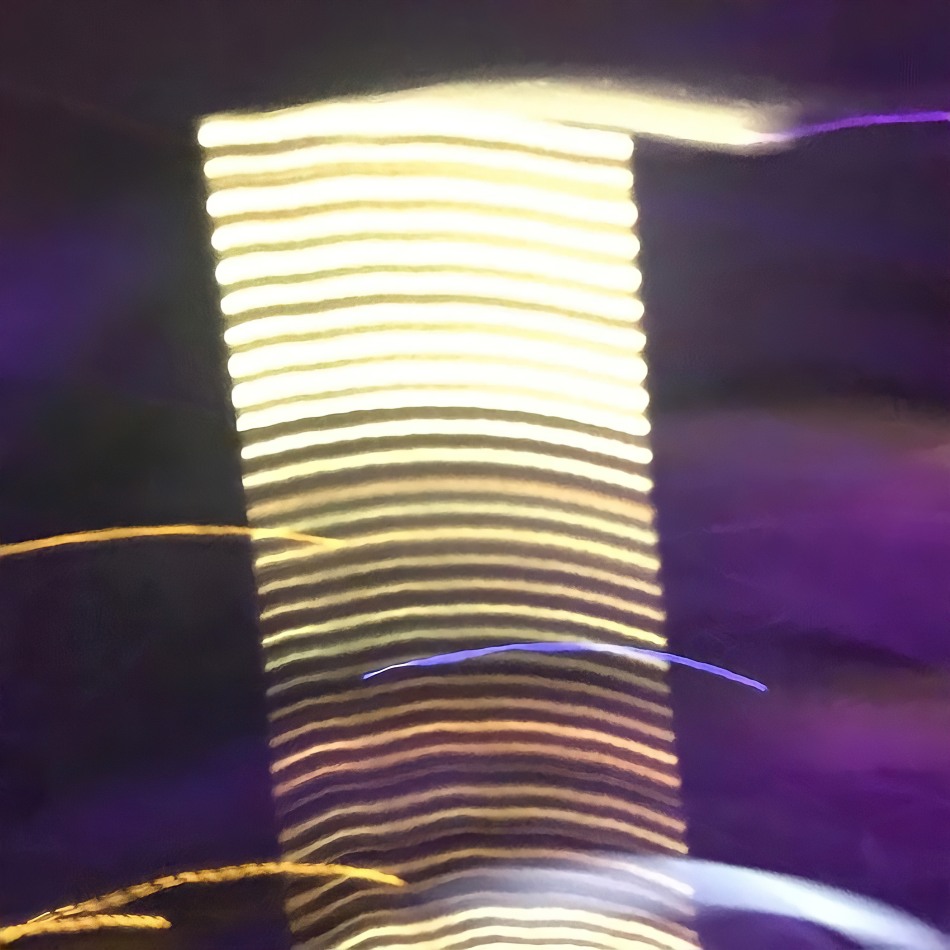 Today, New York-based, Jerusalem native R O N I released Afterglow, a dazzling, spectacle of an album. Having previously released singles “Air In Love Out” and “I Told You,” Afterglow is a 6-track project that sounds as if it was made for the underground nightclubs and venues of Brooklyn.

R O N I—aka Roni Corcos—is a multifaceted artist who moved to NYC at the age of 20, and has steadily played shows across the Lower East Side over the years. Elsewhere, she’s performed at festivals like SXSW, CMJ in NYC, and ‘Yearot Menashe’ in Israel. Professionally trained in blues, rock and jazz, R O N I can play many, many different kinds of instruments, including the piano and the theremin (more on that here). She also stayed busy throughout much of quarantine, performing live improvisational sessions on Instagram and offering guitar and piano lessons to other budding artists.

Just over a year ago, R O N I released her spectacular EP Crown, which you can read more about in our review here. Crown was an exceptionally well-crafted EP, which we described as “unpretentious and bursting with raw potential.” At times, Crown was soulful and mournful, with lyrics that bring to mind the cyclical nature of an imperfect love. Whereas Crown was more experimental and sounding like neo-soul, Afterglow is planted in a completely different direction, trading contemporary R&B for synth-y, electronic music. It’s more upbeat, invigorating and evoking of the intimate, early bliss of connection.

The first song off Afterglow is “Light,” an instrumental intro filled with electric guitar and synths. For fans of R O N I, right away it’s clear that this is going to be a very different, special kind of project. At first listen, “Light” feels energetic and empowering, setting the tone for what’s to come.

Next up is “Line of Vision,” an anthemic, standout track off Afterglow. R O N I’s voice is unmistakable, powerful, and captivating, and “Line of Vision” is a song you’re bound to have on repeat in the car, walking the street, anywhere. Interestingly enough, R O N I’s guitar solo in “Line of Vision” is played backwards throughout “Lights,” making the complementary songs flow together with ease.

Then comes “I Told You,” which brings the pace of the album down just a tad. Compared to “Line of Vision,” “I Told You” is a song about slowing down and experiencing life and love as it pours over you. It sounds like R O N I is almost pleading to another to cast aside expectations and reservations and give your all to someone else – or face potential loss.

Nothing’s gonna come from this

No more loops to go around in

I won’t live for another

I’ll tell it to your face

I’ll let you leave as well

Later on comes the titular track “Afterglow,” my personal favorite off the album. Featuring a whimsical, funky beat underlying much of the song, “Afterglow” swells into the chorus as R O N I lets the song’s instrumental breathe. It’s buoyant, and begs you to dance along, a song that will inevitably sound incredible live. The song’s crescendo comes near the end over pounding bass as R O N I let’s the sun rise, until she abandons all restraint and lets it go.

Concluding the album is “Air In Love Out,” the first single off Afterglow. As we wrote a few weeks ago, “Air In Love Out” is a love song to Brooklyn’s queer underground culture—a community that felt like home to the Jerusalem native, a celebration of similarities and differences. “Air In Love Out” has a wonderful electronic drop, and the song feels pulsing. It feels like power, an accumulation of the senses and an embrace of momentary intimacy.

Just like that, Afterglow concludes, leaving you wanting more. Even though it’s only six songs long, each track carries its weight, flawlessly executed by the strength of R O N I’s vocal ability and the support of her peers and musical collaborators Nir Yatzkan, Jason Reyes, Ash Workman and Maor Appelbaum. The project doesn’t easily fit into any one genre, incorporating half a dozen different instruments and finding footing in spaces like EDM, house, rock and more.

R O N I is an undeniably special artist, one who exemplifies a strong love for music and the creative expression it brings. Listen to Afterglow on your preferred streaming service now.