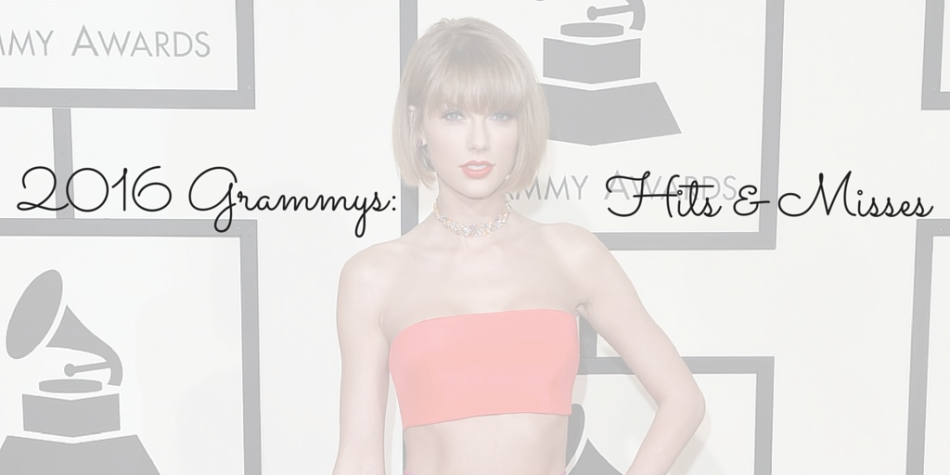 I’ve said it before and I’ll say it again: I am a sucker for award shows. Particularly music based award shows! Most of the time, said shows let me down in regards to entertainment and quality of the performances, and the 2016 Grammys were most definitely full of letdowns and a few nice surprises.

With nearly twenty performances taking up the three and a half hour show, there were only a handful of awards given and received during the actual event. The majority of the awards were given during a pre-show, which was earlier in the day, with many of people completely unaware of the fact that this was even a thing (or that it was entirely live-streamed).

If you really wanted to watch a number of awards being given that aren’t necessarily the most mainstreamed (i.e. “Best Spoken Word Album” and “Best Historical Album,” to name a couple), then you were apart of the minority who actually knew that this pre-show was, in fact happening. If I wasn’t in class throughout the day, I probably would have tuned in here and there.

I would have definitely preferred less performances and more awards given during the actual event. Something about seeing people so extremely passionate about their work being recognized on such a high level is inspiring to me and I love a good emotional acceptance speech. However, this year at the Grammys were lacking in this department. A number of unnecessary performances took up far too much space and I lost interest in the show just about 2 hours in.

One of my favorites (Taylor Swift, duh), opened the show with a bang. She rocked her newest single Out Of the Woods with co-writer and partner in crime (also one of my other favorite people) Jack Antonoff that left me quite excited and satisfied. She opted to skip one of the verses and performed the version of the song that she had been playing during the 1989 World Tour that showed off her impressive vocal range that is rarely seen in Award Show settings. I am definitely first to admit that she has not always had the most powerful voice, but I appreciated that her vocal skills have improved over the last three years or so and was happy she had a chance to show them off tonight.

Another standout performance came from Kendrick Lamar, who never really seems to disappoint, despite having a quiet and calm demeanor. His performance was a mashup of a few songs off of of his Grammy winning album To Pimp a Butterfly that had a strong message about the mass incarceration of black men in our prison system. Not only was it an entertaining performance complete with back up dancers and glow in the dark paint: but it sent a message. What more can you really ask for?

Best new artists nominees Tori Kelly and James Bay did a duet of Hollow and Let It Go which showed off both of their impressive vocal cords. It’s honestly quite a shame that neither of them took home the award for “Best New Artist,” yet 2015 nominee Megan Trainor did. Something seems a bit fishy there…let’s hope this means we won’t hear from Trainor again. 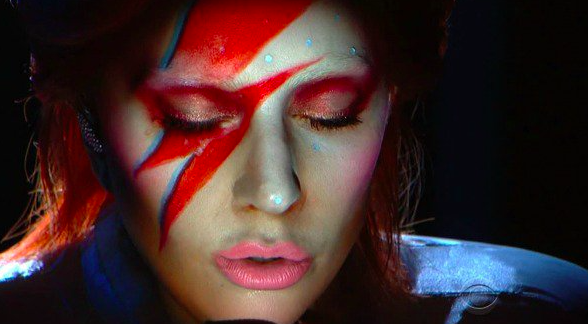 Lady Gaga paid the ultimate tribute to the late David Bowie: and nobody else could have executed this more perfectly. The performance was pretty indescribable, so instead of me trying to explain it, you should Google it in all its glory.

Demi Lovato stood out in a group tribute to Lionel Richie. The group was, well, eclectic, to say the least (and in the nicest way). To be honest, it was a weird mixture of people, but it seemed to allow Demi to shine in a great way. 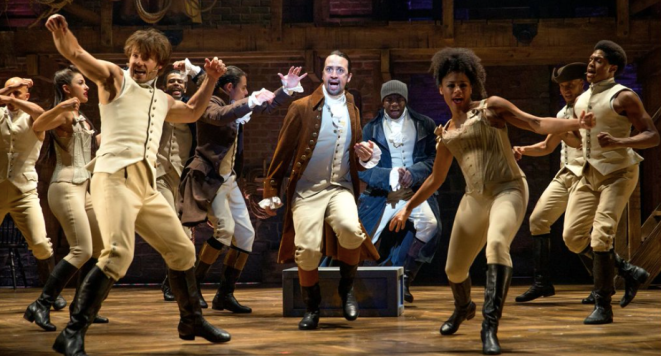 The smash musical hit Hamilton was also featured as a group performance live from broadway in New York City. If you’re not all for jumping on the Hamilton bandwagon, google this performance. Not only was it extremely interesting, but it also lives up to the hype. 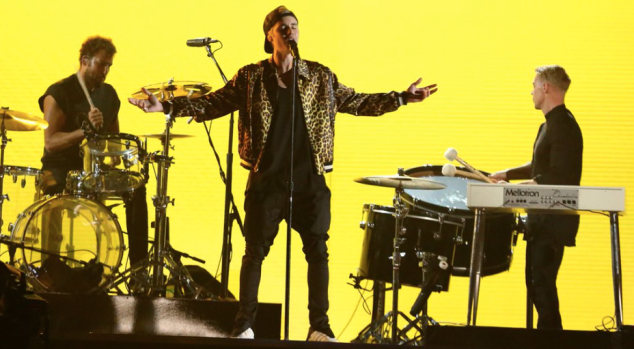 I was not all impressed with Justin Bieber’s performance of Love Yourself and Where Are  Ü Now ft. Jack Ü whatsoever. It may have been because J.Biebs completely looked like a frat boy performing karaoke drunk on a Tuesday night, but that could be just me…

And finally, the beloved Adele. Performing a breathtaking version of All I Ask, I’m sure there was not a dry eye in the house. Reports say that there was an error in her microphone or piano or something along those lines, but I personally did not see many flaws in this performance. I can’t wait for her to completely sweep the 2017 Grammys!

Pitbull is everywhere and it frightens me to the point of having to turn of the television. Whose idea was it to allow him to close this hot mess of an awards show??

Swift won three out of the seven awards she was nominated for: Best Pop Vocal Album (which was oddly announced in the pre-show), Best Music Video for Bad Blood, and Album of the Year for 1989. She accepted AOTY with an eloquently written speech about her success that was without a doubt a jab at Kanye’s misogynistic lyric about her in his new song Famous. Like Beyoncé says, best revenge is your paper. Check the video out here.

Ed Sheeran won two Grammys this year: Song of the Year and Best Pop Solo Performance. I’m happy to see him win after being nominated SEVEN times at previous Grammys.

Check out some of these standout Red Carpet moments: